VIDEO: SDSU clears the way for new campus and stadium

A new SDSU stadium will be built in its place 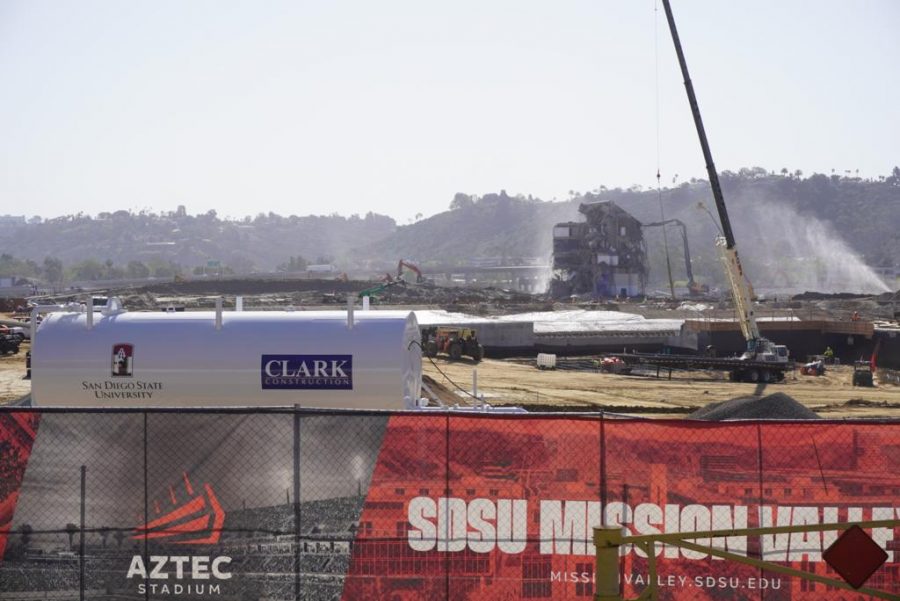 One of the last phases of demolition of SDCCU Stadium was completed Monday, bidding final farewell to the 44-year-old landmark and making way for the new San Diego State Mission Valley campus and Aztec Stadium.

“It’s a milestone for obviously San Diego,” said Gina Jacobs, the Associate Vice President of the Mission Valley Development at San Diego State University in a press briefing. “This is the end of one era and the start of a new era.”

Jacobs said the section dismantled on Monday is the last the public will be able to see from surrounding freeways. Over the next several months, workers will continue to demolish the concourse level.

The demolition of the 135-acre land is clearing the way for a $660 million project that will consist of a new stadium, recreation area, housing, a 400-room hotel and the campus.

Jacobs said they plan to recycle and repurpose many parts of the old stadium, such as the asphalt, to be as eco-friendly as possible.

The demolition was done without explosives or dynamite due to the California air laws. This process is a lot slower, but the construction is set to be finished in 2022 before the start of football season.

After a lengthy negotiation process between San Diego State and the city, the construction of the stadium started in August 2020.

Due to COVID-19, the Aztec football team was not able to play this season, which allowed for construction to begin sooner than SDSU’s original plan.

In the past, the venue was called Jack Murphy Stadium, which the San Diego Padres played in until the construction of Petco Park in 2003. It was home to the San Diego Chargers football team before its departure to Los Angeles in 2017.