The EOPS graduate is headed to a bright future 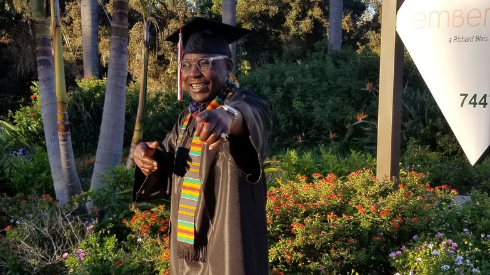 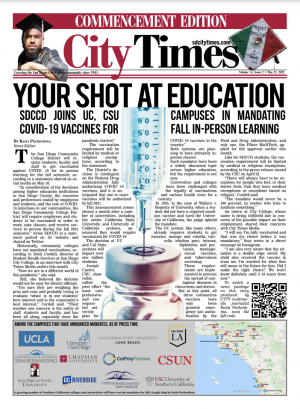 This story appeared in the latest print edition of City Times.

Sociology major Lorenzo Brooks is one of the many students here at San Diego City College who is graduating this Spring 2021 semester.

Brooks started his education at City in 2016 and after 9 months of extensive research of every community college in San Diego, he found that City College was the right fit for him.

“It gave me a new perspective on life and in different situations,” Brooks said, adding “It’s helped me to get to this level of graduation, a new lease on life. “It’s given me new hope within myself.”

Brooks will be transferring to California State University San Marcos to pursue his bachelor’s in Sociology.

Brooks is a chef by trade, however, he would like to use his degrees that he received from City College and his bachelors in Sociology to start an organization that will help transitional youth and young adults, especially young Black men.

“A lot of what I have seen and been through in life, there’s not a lot of resources for young Black men out there. If I can help one, then I am doing my job.” Brooks said.