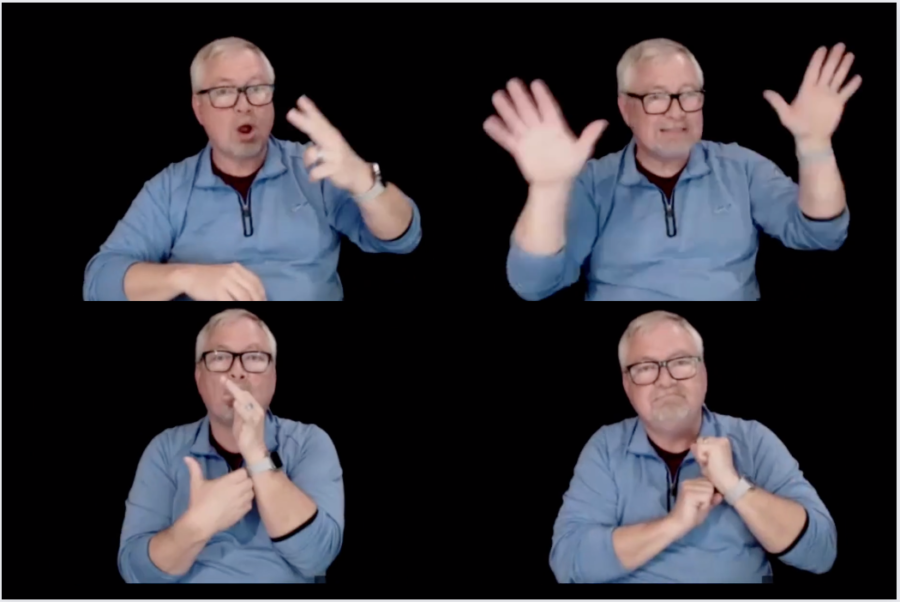 In celebration of Deaf History Month, The World Cultures program at San Diego City College hosted a Zoom event, “Growing up Deaf in a Deaf Family: ASL Storytelling,” with storyteller and performer Jimmy Beldon on April 12.

Beldon shared stories about his experiences of growing up deaf with hearing sisters and raising both deaf and hearing children.

Describing his childhood, Beldon said there were not a lot of parenting resources when he was growing up, so his deaf parents were creative with him. He recalls them using colorful bands on their heads to catch his attention.

Beldon said he was also mischievous as a child.

When he was 4 years old his mother dropped him off at the deaf club. He wasn’t aware that his mom was going to leave, so when he didn’t see her, he went looking for her, leaving the club.

He was walking down the street when he saw a police officer and used sign language to ask for his mom. The officer gave him a soda with a straw and took him back to the deaf club.

A few days later, he packed a sack and told his mom he was running away. When his mom asked him why, he responded, “I want free soda.”

Beldon also talked about the differences between the homes of deaf and hearing people. All of their furniture is always set up in a U-shape so it’s easier to communicate. He said the television volume at home is always at the maximum because they enjoy feeling the vibration.

In their homes, there are always multiple TVs in the living room showing different things at the same time.

“Hearing people only have one TV and I’m always thinking, ‘why?’” Beldon said. “You’re limiting yourself, but then I realize it’s a hearing problem because you listen to the TV.”

Beldon mentioned how, even now in 2022, few places are accessible to deaf people.

When his family goes to the movie theater, there are not enough devices for open captions so the entire family can’t watch the movie together.

However, he has noticed more people trying to sign and be more accommodating.

“The waiter will try and give me a pen and paper or try to accommodate me more easily,” Beldon said, “That was not something I saw as much growing up.”