Getting to Class in One Piece 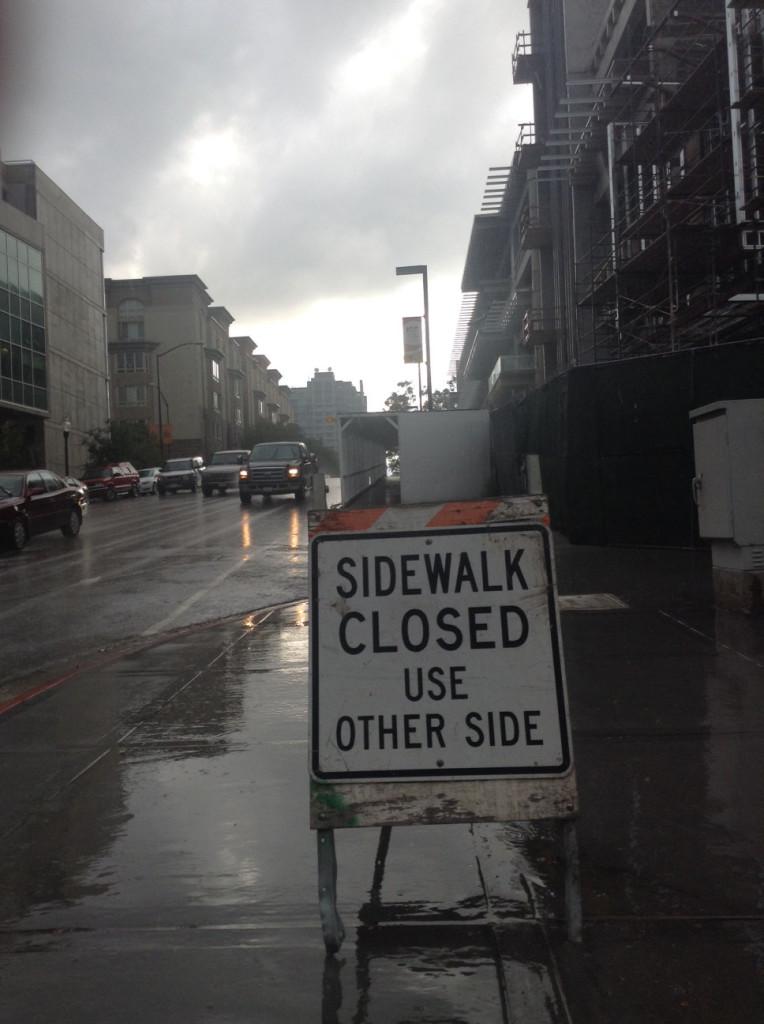 Construction of new buildings at San Diego City College has caused the closure of surrounding sidewalks, making it challenging and at times unsafe for students to find their way around campus.Photo credit: Ahmad Blue.

San Diego City College is an urban community college with a unique layout, separating it from other traditional, self-contained colleges and spans several blocks, covering over 60 acres. Three buildings funded by Proposition N are under construction: the Humanities, Business Technology and Science buildings. Construction seems endless with the anticipation of new learning facilities and safety issues are a real concern for students, staff, and anyone traveling past these sites.

Surrounding the construction sites are enclosed fencing, wooden covered walkways and closed pedestrian crosswalks. Students and professors have mixed feelings about the ongoing construction, getting around the campus during it and the aftermath of its completion.

“Not safe at all; there are crazy drivers and the drivers aren’t happy about us taking up the lane,” student Kaitlin Williams said about how she felt walking through the covered walkways on 16th Street, between B and C streets.

Efforts are being taken to calm traffic heading east on 16th Street. According to Thomas J. Fine, campus project manager at City College, “All of the sidewalks are being widened from five feet to 14 feet.” The widening of the streets at the intersection of 16th and C will include “bulb-outs,” Fine said.

The lack of crosswalks at the construction site intersections are also problematic. City College English Professor Jan Lombardi said, “C Street needs marked designated crosswalks at intersections to ensure safety for students and staff.” Even with her concerns, Lombardi also said that she is “really excited about the new buildings under construction.”

“All of our City traffic and pedestrian improvements are based on what the city (of San Diego) has for their downtown pedestrian and traffic,” Fine said regarding the regulations affecting the flow of traffic during construction. “We don’t do anything that the city doesn’t let us do,” he added.