So much more than Gangnam Style 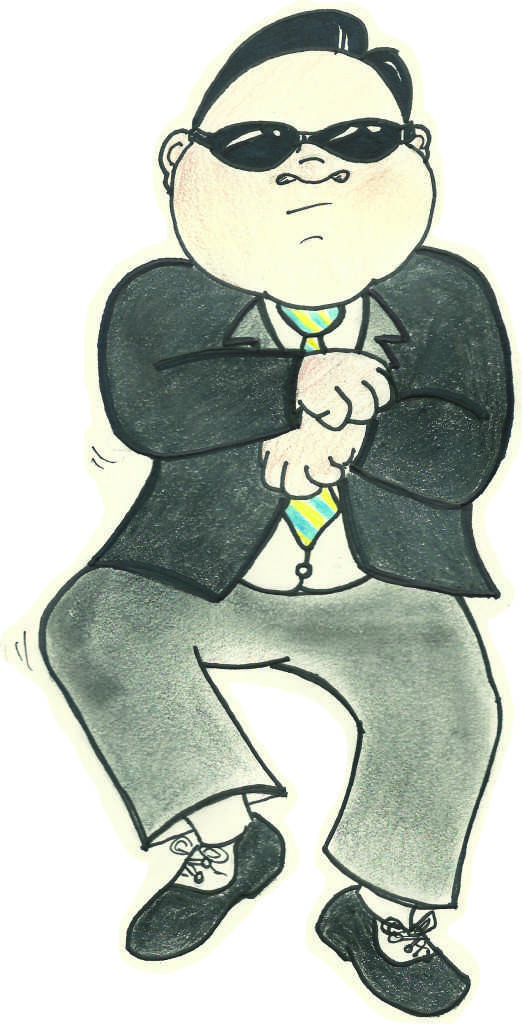 No one could have predicted the success of “Gangnam Style.” Many may have written PSY off as a one-hit wonder, but with his chubby exterior and colorful humor, he is himself a departure from the regular K-pop machine. A machine, that continues to chug along a year after the craze.

What’s most fascinating perhaps, is watching this machine from the outside. The handful of labels and management companies in South Korea that churn these “idols” out are like conglomerates, pouring time and effort into artists the same way Pepsi would obsess over a Super Bowl campaign here in the states.

Their strict management style predates today’s Hollywood, one perhaps only reminiscent of the actor-studio contracts of the ‘40s and ‘50s when stars belonged to the studios that signed them. This business is rigorous, signing pre-teens to training contracts that prepare them for close to five years before debuting as solo artists or groups. (We’ve got child labor laws for that here.) Then there are the strict decade long contracts that bind artists to their management and ban contact with friends, family and free time, even the ability to own a cellphone or date. The name changes, plastic surgery, the surveillance of exercise and diets … all for the chance and not the guarantee of becoming a star.

Despite these hardships, the K-pop formula works. The looks and talent behind the machine continue to attract droves of fans outside of South Korea. PSY may have undoubtedly put K-pop on the map, but its growth overseas continues without him.

“It represents another idea of music. Listening to music on the radio kinda feels like you’re listening to the same things over and over again but K-pop is another experience,” says 28-year-old City College student Vincent Edquid. “There are only a few things that can break the language barrier when it comes to other cultures, but music, fashion and art are a few of them. K-pop is a gateway to learning about another culture just like food or movies are.”

“I listen to it because I think that K-pop is a refreshing take on pop music,” says City College student Angelica Wallingford. “I think that it’s more of a brand than a musical genre. It’s like everything you would want in a musical group or artist: good music, choreography, fashion, wrapped up in a complete package sent from Korea.”

City College student Jennifer Valle shares the same sentiments. Valle found her love of K-pop through Japan, where most K-pop artists release their musical catalog after being trained in Japanese by their management companies.

“In my opinion, it’s different because of the foreign and interesting beats and rhythm, as well as the language of the music,” says Valle. “Some of my friends say it’s just the “Asian version of American pop” but I think that K-pop holds and brings a whole new meaning to pop culture entirely”.

With the Internet undoubtedly playing a big role in the rise of the music’s popularity and the help of Youtube, these artists are at the forefront of the K-pop game and proving that while we may speak different languages, music truly is universal. Give them a listen, God knows, they’ve worked hard for it.

Big Bang remains Korea’s most established boy band. Even a two-year hiatus couldn’t stop the group from taking Best Worldwide Act at the 2012 MTV European Music Awards, a fan voted event that had them winning against Britney Spears and other famous acts from different regions. All five members have established solo careers, as a group their career transformation has seen them experimenting with everything from hip-hop to electro-pop and slower R&B jams and working with artists such as Diplo and Missy Elliott. It will undoubtedly be fun to see where they go next.

Watch this: Their high energy, funky video for “Fantastic Baby” is a can’t miss, as is “Haru Haru” (translation: “Day By Day”), a slow jam the group released back in 2008 that remains the definitive sound of their repertoire. Leader G-Dragon penned the track and his solo effort, the “Trainspotting” inspired video for “Crooked” is also worth viewing.

The victims of recent racist Internet backlash after winning the “Best Video Award” at the YouTube Music Awards, CNN dubbed them Korea’s answer to the Spice Girls. Together since 2007, the nine-member group remains the girl group in South Korea, boasting unrivaled popularity and triple threats in their roles as MCs, actresses and even UN Ambassadors.

Watch this: They undoubtedly began their careers marketing a cute, flirty image in both “Gee” and “Genie (Tell Me Your Wish)” but it’s the fierceness they’ve grown into, on display in “The Boys” that really makes them exciting to watch. With 81 million views to date, even Britney in her hey day couldn’t compete with this dance video.

The five member boy band debuted in 2008 and remains one of K-pop’s most underrated artists. Equal parts contemporary R&B and pop, their sound would make Ne-Yo proud. With a discography that boasts fun, infectious tracks and just as many ballads, they are South Korea’s answer to *NSync and the Backstreet Boys.

Watch this: Their slick dance moves for “Lucifer” would put ‘90s and even today’s boy bands to shame (looking at you, One Direction). A live recording of lead singer Jonghyun Kim’s composed “Symptoms” is an eye opening look at K-pop’s best vocalists, but it’s their video for “Everybody”, a high energy dance routine that has members literally throwing each other in the air, that will make you a fan.

Composed of 12 members, the group is split into two, releasing material in both Mandarin and Korean (their subgroups Exo-M and Exo-K, respectively), undoubtedly a clever way to conquer both markets simultaneously. They even garnered a MTV European Music Award nomination earlier this month, pitting them against such names as Justin Bieber and One Direction for Best Worldwide Act.

Watch this: EXO’s videography has been epic to say the least, with the prophetic “MAMA” as their debut, but it’s their dance video for “Growl” that really stands apart. Equal parts funk and R&B inspired, the group sports matching school uniforms and showcase the kind of fluidity that Chris Brown and Usher would’ve envied when they were teenagers.

Americans will remember Hyuna for her turn as the flirty girl who took part in a dance off in Psy’s “Gangnam Style.” Troublemaker sees her teaming with labelmate Hyunseung of BEAST. Their partnership has garnered attention for being sexy and flirty, breaking many idol rules.

Watch this: Their unedited Rated 19+ video for “Now” is a dizzying and welcome departure from usual K-pop videos: a portrayal of drugs, doomed love and hustling set to a backdrop of an urban single reminiscent of Rihanna’s “We Found Love”. It’s a refreshingly darker take on what K-pop can be capable of.