Cross-Border, Multicultural Event Works to Revive the Image of Tijuana and the Border Region 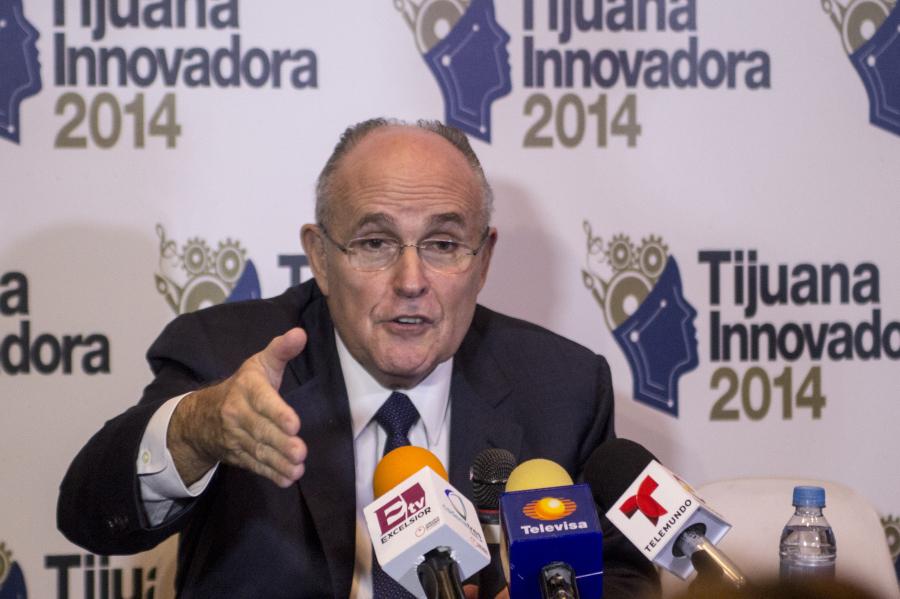 The cities of San Diego and Tijuana go beyond sharing their geography — they share a culture all their own due to the social environment that is created in the region, even though they both belong to separate and drastically different nations. One, the United States, is a first world country. The other, Mexico, is often ranked as a third world country. It is in this border area where these worlds meet and merge, creating a society between this two orbs, mixing the economy, the culture, and even politics.

With all this in mind, leaders active in media, economics and politics interact to create a social and multicultural event — Tijuana Innovadora 2014.

Tijuana Innovadora is an international event that began in 2010 with the involvement of entrepreneurs from the region to bring to reality the idea of the event’s president and founder, Jose Galicot. The goal was to repair the image of Tijuana, damaged by a long trend of negative media coverage about the city’s challenges, which had built a bad reputation of the city among non-residents. The objective is to focus on Tijuana’s strengths and virtues in areas such as science, technology and culture, and to revive the pride of belonging to the residents of the region.

The most recent Tijuana Innovadora was held from Oct. 16 to Oct. 27, with the Tijuana Cultural Center as the main venue, in addition to some alternative venues such as the Caliente Hippodrome, where installations focused on the Mexican diaspora and, accordingly, built a metaphorical bridge between both sides of the border that could benefit residents of San Diego and Tijuana.

The event served as a stage where the economic, political and social aspects of Mexico and the United States merged, originating opportunities for young entrepreneurs to generate new businesses.

“It’s a great chance also for San Diegans to discover the opportunities that Tijuana offers to our common goal opportunity truly start right here in Tijuana,” Faulconer said at the inauguration of this year’s event edition.

The event becomes a great attraction to visitors of Tijuana due to the ambience that is generated where they can get to know firsthand the amenities that the city has to offer. Tijuana Innovadora committees prepare to engage multiple aspects of society, approaching the public with conferences, keynote addresses and industrial pavilion exhibits, and events that include sports, gastronomy, fashion shows, as well as a large number of artistic and cultural activities.

The wide range of activities encompass a culinary battle, a highly competitive event, involving some of the region and world’s finest chefs Baja’s cuisine inspired by the products of Baja’s oceans, mountains and valleys, simulating the model of the famous “Iron Chef” competitions. San Diego and Tijuana restaurants such as Dandelion, Tidal, George’s at the Cove, Asador de Olivia participated.

A 5K evening run promoted the spirit of sport enhanced with glow paint, music and lights. There was also a Mega Hackathon, an experience created by Tijuana Innovadora where 3,000 people broke the world record for the most number of people developing apps at one time. In addition, there was TEDx Tijuana, featuring talks from people who are making history with their contributions in various areas of the community, such as Julian Leon, a Mexican form Tijuana who graduated from Harvard and now teaches politics at the Autonomous University of Baja California.

This year, Tijuana Innovadora worked to ensure the prosperity of the border region by creating a binational attemp that is designed to create a connection with industry, arts and government from California to work together in an effort to shape a more productive and sophisticated region across the border.

In this third edition, Tijuana Innovadora showed itself as one of the most important event in terms of contributing to the community through the encouragement of collaboration as a society, not only politically, but beyond frontiers to build a better community for the future — bonding the industries, the art, and the culture, creating a community cohesion between these sister cities, which have more things in common to unite them, than differences and borders to separate them.