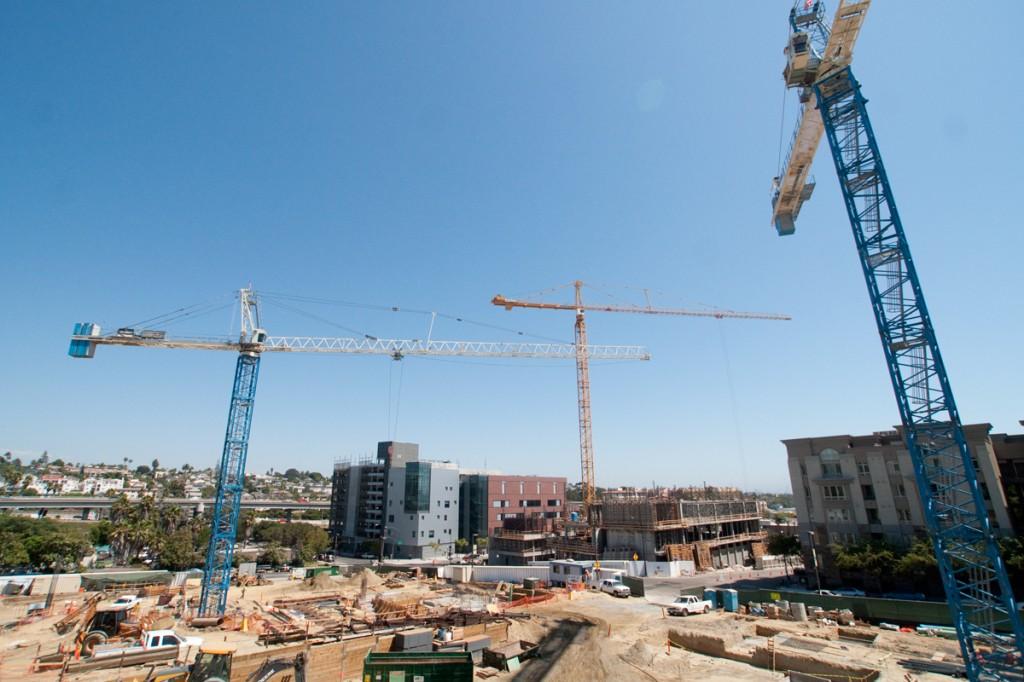 Structures begin to take form as a new semester begins

The sound of construction continues to batter on as people weave their way through campus.

2011 has been the biggest construction year for City College since construction began in 2008. As a result the construction areas have seen vast improvements. The Arts and Humanities, and the Business Technology buildings broke ground in Feb. 2010; a computerized picture being the only idea of what was to come. Now, looking over the same area, the buildings, which are scheduled to be completed by Jan. 2013, have begun to  take form as construction continues.

The future of City College lies within the half-done buildings being worked on around the campus. The Arts and Humanities, and the Business Technology buildings will include many amenities including: new classrooms, computer labs, a theater, 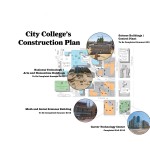 and two lecture halls — one for each building respectively.

The buildings are also on their way to receiving a Leadership in Energy and Environmental Design, LEED, Gold Certification by the United States Green Building Council.
The LEED Gold Certification was also awarded to the Career Technology Center ,CTC, earlier this year.

Terrence Burgess, City College President, was quoted in a San Diego Community College District Press Release saying, “We have a commitment that all of our new buildings will qualify for LEED certification ….” However, these buildings aren’t the only ones that have been undergoing major changes recently.

The Math and Social Science building has seen the most change.

The building, which is also scheduled to be completed in 2013, added two more levels to the concrete structure this summer.

“The construction team is quickly approaching the completion of the (Math and Social Science’s) concrete structure, and from there, they will begin the interior construction of the building,” Tom Fine, campus project manager, said in an email.

The Central Plant, which will provide heating and air conditioning to the buildings on campus, was completed over the summer and is now gearing up to install the equipment necessary to do its future job.

While all of these new buildings are taking form, others are just beginning. The Science building was bid over the summer and is currently only four weeks away from breaking ground.

The remodeling of many other buildings on campus including the A, T, D, M, and C buildings is also in the works for coming years, as well as a new Child Development Center after all of these remodels are finished.

The new estimated time of completion for the entire construction project is early 2017.