CSUs may not admit students 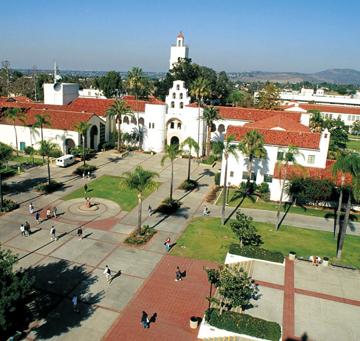 Proposal to cut another $200 million in education

The cuts, According to CSU Vice Chancellor Robert Turnage, could result in an enrollment reduction of up to 25,000 students in the fall 2013 semester, and complete closing of enrollment in spring 2013 to all but eight CSU campuses: Channel Islands, Chico, East Bay, Fullerton, Los Angeles, San Francisco, San Bernadino and Sonoma.

Margaret Lutz, CSU San Marcos public information officer, shed some light on the details surrounding the ultimatum and how it came to be.

“If the Governor’s tax initiative is not approved by voters in November, the CSU system as a whole faces an additional $200 million cut,” said Lutz in an e-mail.  “If the trigger is pulled, the proposed level of state funding to the CSU would equal 1996-1997 levels.”

The proposed $200 million funding cut is in addition to a $750 million cut already made to the 2011-2012 fiscal year, which, according to the California State Monterey Bay News, marks the lowest state funding in 15 years.

Lutz added that if the budget is indeed cut, CSU is considering exploring alternative balancing options, including eliminating classes, academic and non-academic programs, or laying off hundreds of employees.

Greg Block, director of media relations for San Diego State University, cautions that community college students looking to transfer should not be overly alarmed, however. According to Block, prospective transfer students won’t be as heavily impacted as first-year or lower division students.

“Generally, when this happens we typically make transfer students a priority,” said Block. “They don’t have as many options as, say, students coming straight out of Block claimed that of the possible 25,000 enrollment reduction, only about 500 of that will be coming from SDSU.

The same can be said for CSUSM, despite the disparity of student enrollment between the two schools.

According to Lutz, of the $200 million that would need to be cut, CSUSM would be responsible for $5 million, a tall order for a school that has only been around for slightly more than 20 years.  But Lutz says that the campus continues to seek alternative means of funding.

“We continue to look at other revenues sources and the possible use of auxiliary profits,” said Lutz. “ We are also looking to our business partners for support through philanthropy and creative collaborations.” Lutz added that currently CSUSM is not planning on cutting any academic programs if it can be helped.

Though raising school fees is also on the table, Block stressed that they have already been rising steadily for years and that schools cannot continue to do that.  He said that the proposed state sales tax increase needs to pass and that legislature needs to invest into education instead of cutting.

Richard Dittbenner, San Diego Community College District director of public information, asserts that waiting for a decision in November is a bad idea, labeling it “too much of a gamble.”

According to Dittbenner, the best thing the state can do is to remain proactive and vigilant in balancing the budget. He concurred though with the assertion  that with the constant reduction to funding, there is simply not enough money to keep operating at the current level.