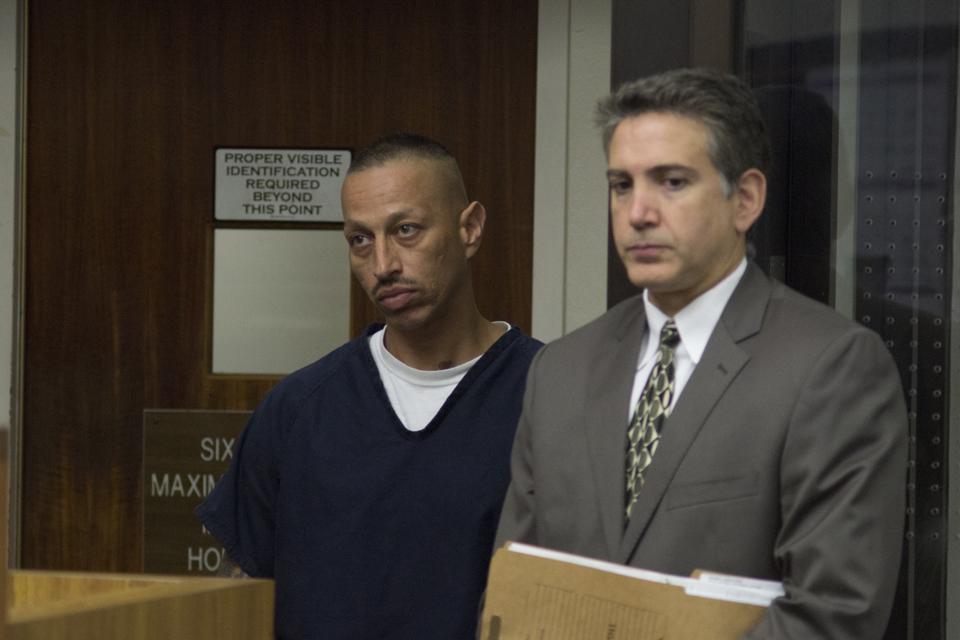 Armando Perez (left), a man charged with the murder of his estranged wife, City College student Diana Gonzalez, appeared before a judge on Aug. 27 for a bail hearing, beside his attorney Michael Garcia (right)

Armando Perez appeared in court Aug. 27 markedly more composed than he was at his
arraignment earlier in the week.

Perez, the suspect in the 2010 killing of City College student Diana Gonzalez, was
removed from court during his arraignment Aug. 22 for shouting that he was guilty
despite that his attorney had entered a plea of not guilty.

Perez was extradited from Mexico City and charged with murder with the special
circumstance of lying in wait. Perez was arrested this past Feb. in Tijuana over a year
after the killing of his wife, Gonzalez.

District Attorney Bonnie Dumanis said that prosecutors had to agree not to pursue the
death penalty for Perez to be extradited, according to the U-T San Diego.

Perez faces a possible conviction of life in prison without parole.

Perez appeared aloof at his latest court hearing during which he was given a time waiver
to reschedule his preliminary hearing for Nov. 13.