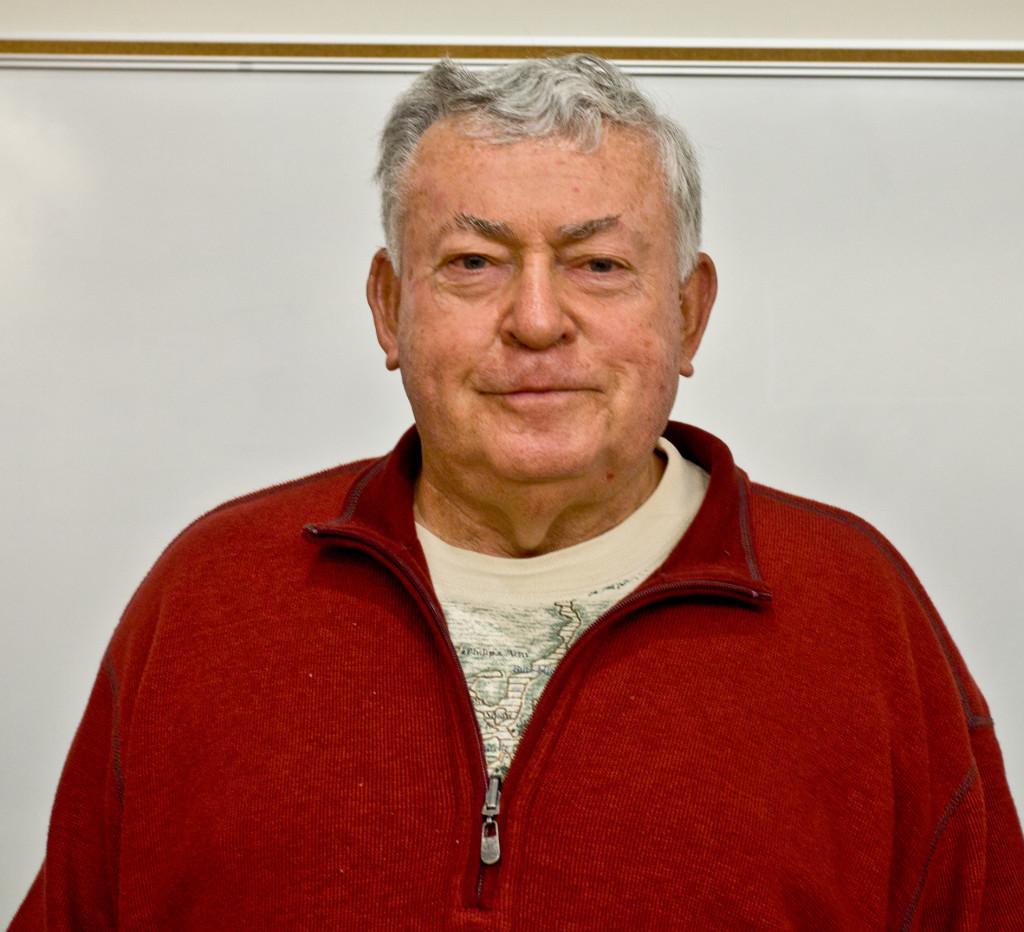 Vojin Joksimovich, PhD spoke about a nuclear Iran and its meaning with respect to the United States at San Diego City College on Wednesday, Mar. 20.

As Iran enriches uranium, some Western officials act as though the nuclear apocalypse is approaching, fearing North Korean aid to the Iranian program. Meanwhile, the president of Iran, Mahmoud Ahmadinejad, whose final term concludes in June, continually claims Iran is not developing weapons.

On March 20, Vojin Joksimovich, Ph.D, gave a lecture about developments within the Iranian nuclear program and what they mean with respect to the West, as well as projections about the future. The lecture was held in the crowded V-Building auditorium.

With the formation of the International Atomic Energy Association (IAEA) in 1957 came a treaty, commonly referenced by Ahmadinejad, which gave all countries the inalienable right to use nuclear energy for peaceful purposes.

Iranian officials claim their enrichment of uranium is for nuclear power, stating they want to free their country from dependence on oil so they can export more of it.

At one time classified by President Nixon as the number one U.S. ally in the Middle East, Iran’s relationship with the West deteriorated after the Iranian Revolution when Ayatollah Khomeini took power, prompting the U.S. to freeze its $12 billion assets devoted to the Tehran Nuclear Research Center, and apply crippling sanctions, according to Joksimovich.

Surrounded by countries in which the U.S. has a military presence, Iran has a strong feeling of vulnerability, according to Joksimovich. Nearby countries, including Pakistan and India have nuclear weapons.

Israel didn’t sign the IAEA treaty and allegedly has a stockpile of nukes, according to Joksimovich, though Israel has never declared possession of nukes.

Israel has bombed nuclear facilities of other nations, including in Iraq and Syria. Israeli officials believe Iran smuggles bombs to Hezbollah and Al-Qaeda and they therefore feel threatened by Iranian uranium enrichment. Anti-Israeli speeches from Iranian officials further re-enforce that fear.

According to Joksomovich, Israel allegedly sabotaged Iranian nuclear development and engaged in cyber warfare against Iran, though that has not been proven.

In 1979 Iran became known as a sponsor of terrorism directed at the U.S. and Israel. The U.S. put Iran in the same category as Iraq and North Korea in 2002, and according to Joksimovich, Iran feared that was a pretext of war.

Officials in China, Russia, Brazil and India believe Iran should be able to enrich uranium for energy and sanctions imposed by the U.S. and others over-complicate the issue.

According to Joksimovich, Iran claimed they did not have an enrichment program in 2003, but an IAEA inspection revealed an underground plant in Natanz as well as a heavy water facility (which can be used to make plutonium, an element used in nuclear weapons) in Arak.

The Iranian government claimed it was kept secret because of U.S. pressure. Iranian officials claim the enrichment is peaceful, in accordance with the treaty, and that uranium only reached 5 percent enrichment, an appropriate number for a power plant.

In 2003, France, the UK and Germany created a diplomatic agreement with Iran,and the Iranian government agreed to cooperate with the IAEA and implement additional inspections.

The IAEA reported Iran was still concealing its development and violating the agreement, and Iran again stated their secrecy was because of U.S. pressure. The IAEA report in 2003 read that they found “no evidence” of nuclear weapons development but were unable to conclude that Iranian uranium enrichment was solely for energy.

In 2005, Iran abandoned the agreement it had made with France, Germany, and the UK.

As a result, the IAEA voted to report Iran to the UN Security Council in 2006. About two months later, Ahmadinejad declared that Iran had successfully enriched uranium. Enrichment was not enough to be of use for weapons, according to Joksimovich.

According to Joksimovich, enriching uranium is a time-consuming process, and Iran has yet to even create enough uranium for one nuclear weapon. He said it would take years for them to reach President Obama’s “red line”, especially with a crippled economy.

“Iran needs several to be a weapons state. It takes a long time to develop a stockpile,” Joksimovich said.

Since Iran does not have enough uranium for weapons, Joksimovich thinks international concern should instead be that newly-established nuclear state North Korea would aid Iran in their development into a nuclear state.

Further concern about this possibility stems from other upcoming events, the main one being that Ahmadinejad’s term as the president of Iran comes to an end in June, and he cannot run again because of the term limit.