Students gear up at grad fair 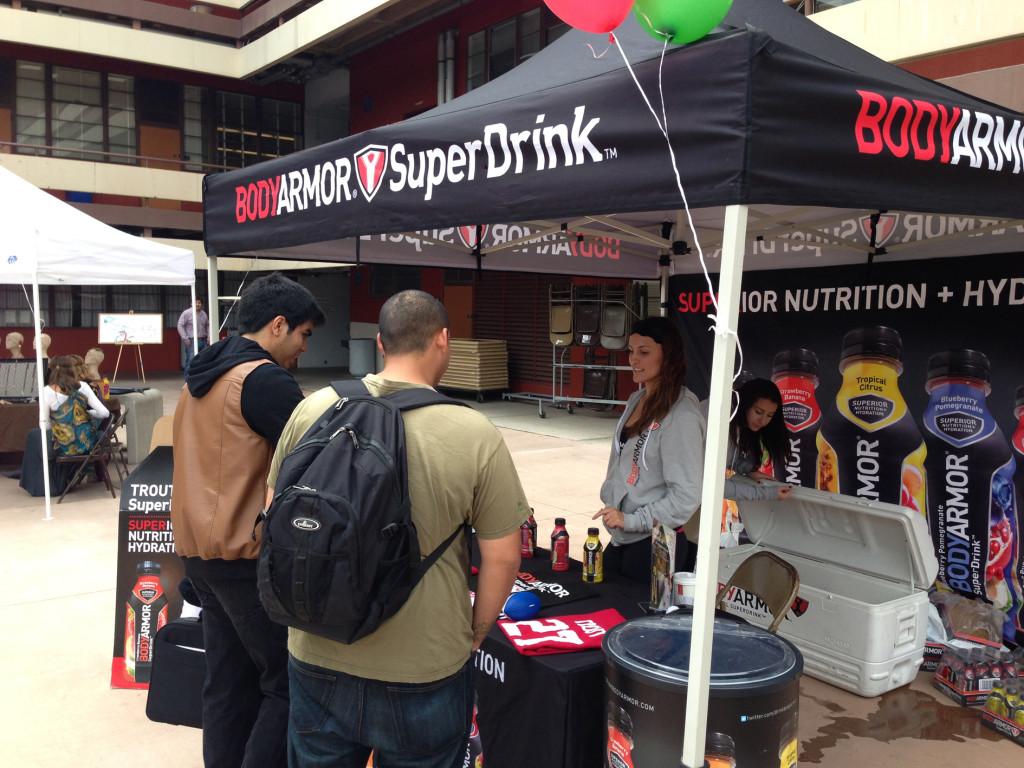 From graduation rings to ceremonial gowns, the grad fair is all about preparing students for their upcoming commencement. Held in the Schwartz Square courtyard on April 30, the fair consisted of nine information booths with features ranging from handmade jewelry to class ring fittings. Dee Dee Porter, the bookstore supervisor and coordinator of the the event, explained the origins of the fair and its purpose. “Traditionally, it’s the colleges and the universities, not so much the community colleges. It’s to encourage students to buy their regalia early. We have found that if we make it kind of a festive occasion, then we have a better chance of having students have regalia before the day of the ceremony,” Porter said. Even though this year’s fair produced a lackluster turnout, some undergraduates showed up to see what the commotion was about. David Pekar, a first-year student, gave his take.“I was just in-between classes. I don’t really know what this is, I just see people out, but I think it’s good for the school,” Pekar said. Organizing for the fair starts at the beginning of the spring semester and a low-budget plan is arranged and that has kept the Grad Fair running for more than nine years.All of the participants involved share the same general goal that can be summed up by George Bulahan, president of the honor society Phi Theta Kappa. It’s about “… being the mentor and leading them in the way that’s going to make that individual successful.”