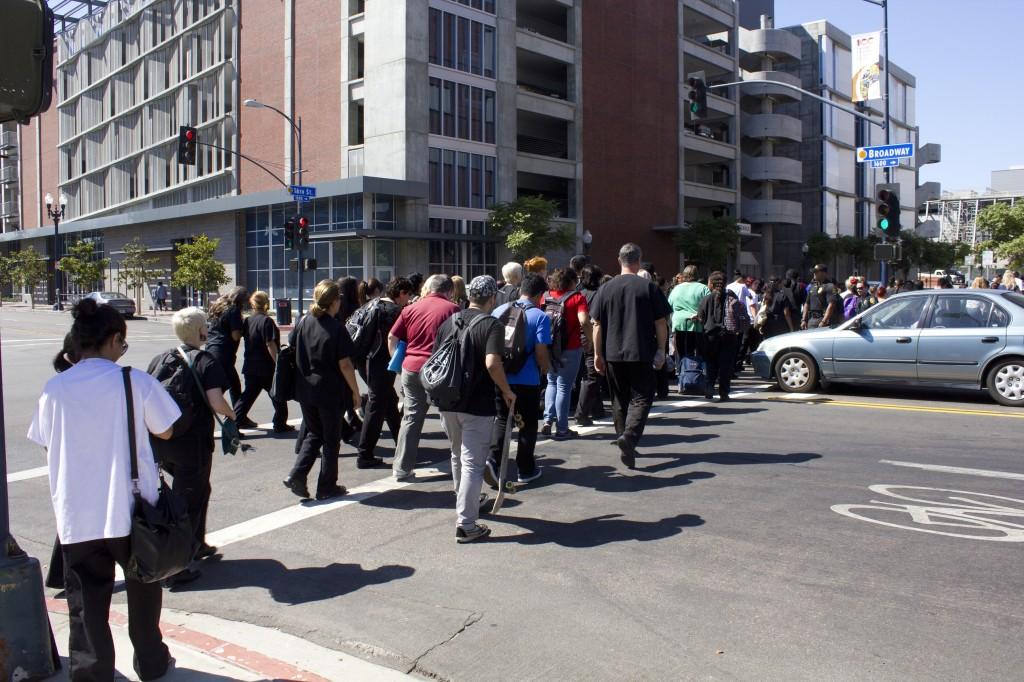 Campus officers direct pedestrians making their way back to the campus along 16th Street shortly after the alarm stopped on Thursday afternoon in the V Building. Mary Watson, City Times.

A fire alarm chased the occupants of the V building to the scorching streets Thursday afternoon, disrupting classes.Campus police officers raced up the stairs to the fifth floor of the Career Technology Center, on 16th and C streets, to check what caused the alarm as occupants evacuated around 2:40 p.m.A spokesman for campus police, who are based in the building’s first floor, said the department did not know what triggered the alarm and referred questions to the company that operates it.

During the evacuation, campus police officers directed students, faculty and staff to cross the street to Broadway Street, away from the front of the building on 16th Street.

The alarm ended about 15 minutes after it started and some occupants made their way back inside, away from outdoor temperatures in the high eighties, while others returned to campus or left.