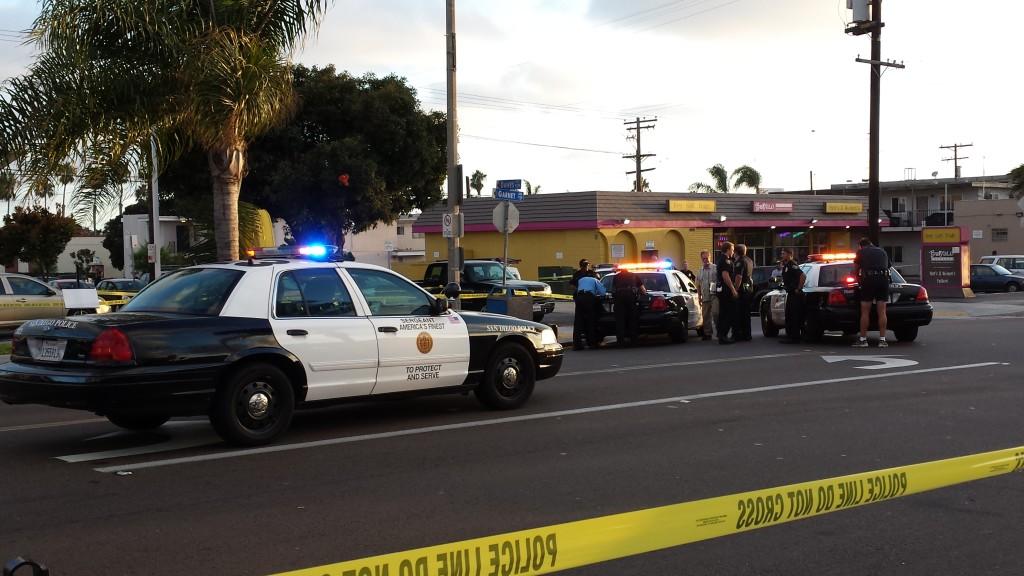 Police shut down a Pacific Beach intersection after a shooting on Saturday evening.

A man brandishing a pair of scissors was shot by a San Diego Police officer at the corner of Garnet and Dawes in Pacific Beach on Saturday evening.

In an official release, Capt. Terry McManus said that an officer responded to a 911 call regarding the man who allegedly lunged at another man with the scissors.

The officer approached the man in front of the McDonald’s and repeatedly ordered the man to drop his weapon. He would not comply.

“He told the gentleman to put it down but the gentleman was like ‘No, shoot me,'” stated Brian Yono, a sales associate at the Sprint Store across the street. “He took one step towards the cop and he shot him right in the side.”

From Yono’s view, the weapon appeared to be a knife.

McManus attested to the shooting by saying, “He turned around and walked rapidly toward the officer. The officer, fearing for his life, fired one shot.”

The officer, whose name was not released, has been on the force for approximately five years. The assailant is expected to survive after being shot once in the stomach.

Garnet, a busy thoroughfare on a Saturday evening, was closed for hours in order to accommodate official police business./