Unveiling of tribute halted by officials 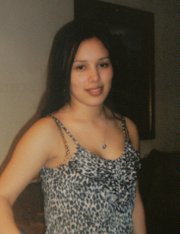 City College’s administration delayed the displaying of a mural to honor Diana Gonzalez, prompting its organizers to hold an emergency meeting Oct.10, the day of its planned unveiling.

The issue centered around worries that the student-organized homage to Gonzalez and other domestic violence victims could present emotional difficulties for staff and students.

Professors Sarah Pitcher of the department of sociology and behavioral sciences and Larissa Dorman of the math and sciences department participated in the meeting along with six students.

Most of the students were members of BEAT Club, Associated Student Government and Visionary Feminists, which among others have been the moving forces behind the mural. One BEAT Club member even shed a few tears as she expressed her frustrations.

Former City College President Terrence J. Burgess approved the mural last semester. Pitcher and Dorman, along with other organizers, attended a meeting with the administration on Oct. 8 to discuss the terms of the mural.

During the meeting, organizers were asked to detach Diana Gonzalez from the mural and instead, dedicate it only to victims and survivors of domestic violence.

October is Domestic Violence Awareness Month, so according to Pitcher, the administration’s terms included the mural only hanging for the duration of the month.

“It’s a mural of color and life and vibrancy and love and community,” said Dorman to the participants. “All of it is about celebrating her life and celebrating the life of all of those that are victims and survivors of domestic violence.”

Organizers are hopeful that they will come to an agreement with the administration. Their goal, voiced during the meeting, was not only to honor survivors of domestic violence but to commemorate Gonzalez as well.

Organizers want to educate present and future students about Gonzalez, giving hope to those who are being victimized, and creating a sense of community on campus to prevent future tragedies from occurring.

Gonzalez was 19-years-old when she was murdered on campus at the hands of her estranged husband, Amando Gabriel Perez, who was 37-years-old at the time.

Perez is still pending trial after a number of failed arraignment attempts. He is being charged with first-degree murder.