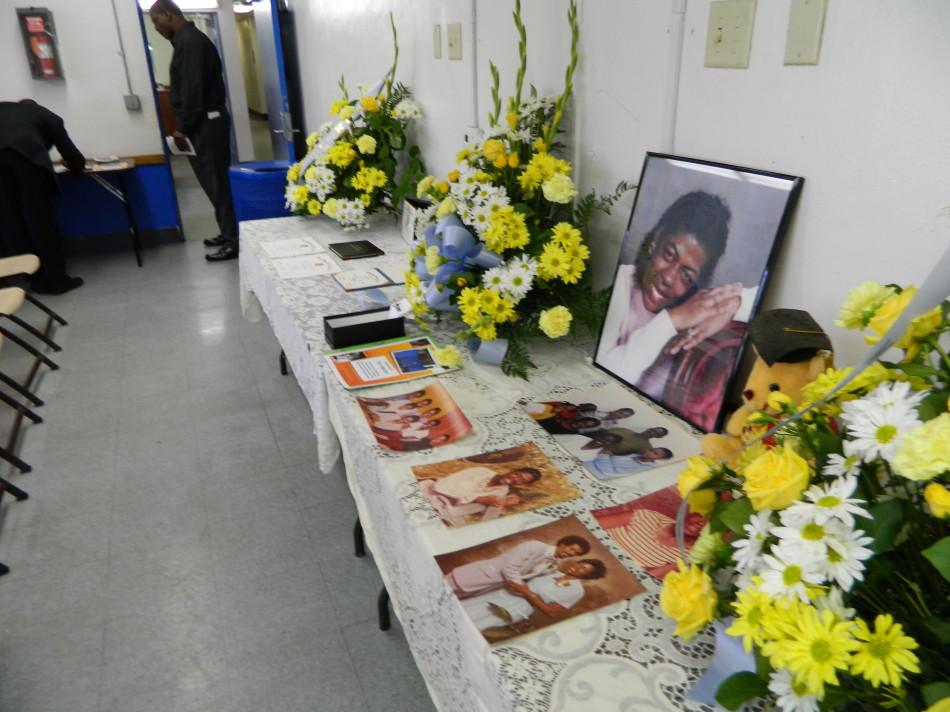 “A real jewel is missing in this crown, but it’s shining somewhere else.”

Those words, expressed by City College Enactus leader Marie Disnew, were among the many thoughts shared to honor beloved student Terry Armstrong, at a memorial service for her at the Encanto Park Recreational Center on Feb. 13.

Armstrong died of a heart attack on Jan. 11, leaving a legacy of friendship, mentoring and activism among her fellow students, family, friends and parishioners.

In 1964, Armstrong and her brother Bobby both contracted spinal meningitis. Bobby lost both legs. Armstrong had 3 plates inserted into her brain, leaving her cognitive abilities permanently impaired. She was bullied and struggled with her health.

“They said that she would not graduate from high school, but she did,” spoke Bobby. “They said from there, she would never do anything else, but Terry surprised everybody. She got not one, not two, but four degrees from City College and two certificates.”

At City, Armstrong mentored for Enactus, a student entrepreneurial organization, including organizing food drives. She was also well known for her smile and selling a cup of coffee to morning dwellers at the concession stand named A La Cart across from the bookstore.

Armstrong often took it upon herself to help the students most in need.

Chere Smith, 49 and also with Enactus, returned to college a few years ago and recalled a conversation with Armstrong.

“She said that you have every right to be here, you deserve to be here, and you don’t let any of these administrators or faculty members or anybody tell you what you can not do,” expressed Smith.

That same message greatly impacted Laurie Oldham, who was a student with Armstrong at City in 1997, and currently serves as a student organizer in the Student Affairs office. The tale of her mother, who returned to college at age 69, demonstrated Armstrong’s character.

Oldham’s mother and Armstrong took a class together, and while discussing poor test grades, their professor singled them out, saying, “You two are dumber than dirt.”

Oldham recalled Armstrong walking her “teary-eyed” mother right out of the class and to the dean’s office to file a complaint.

Today, Oldham’s mother has a Child Development degree and that professor no longer works at City.

“Her devotion was to creating better avenues for people so that someone that comes behind her won’t have to fight the same fight that she fought,” added Oldham.

Armstrong was not only a strong presence at City but also in her church life. She served on the Usher Board, sang in the Sanctuary Choir and assisted the Sunday school program at Macedonia Baptist Church.

One parishioner recalled Armstrong asking her, “You wouldn’t mind if I called you grandma would you?” Then every Sunday, the first thing she would do would run over and say “Hi grandma.”

Another parishioner added, “She was always cheerful. You weren’t going to steal Terry’s joy.”