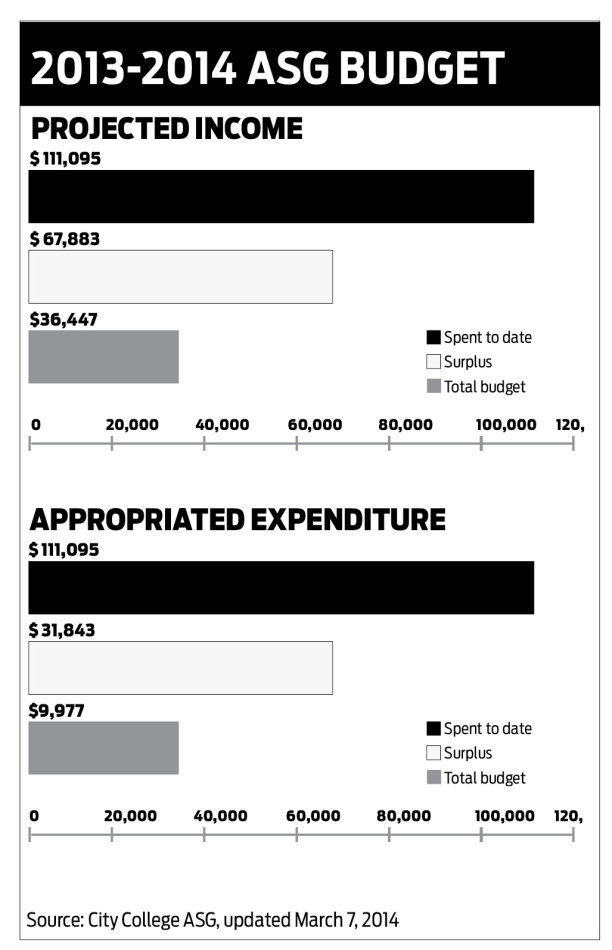 Where does this money come from?

A surplus of $67,833 carried over from the previous year. An additional $34,304 will be transferred from the campus general fund. Together, this totals $102,237. The remaining $8,958 will come from internal fundraising, including sales of ASG membership cards.

And where is it going?

There is $6,800 for operating expenses such as supplies, printing and postage. This will cover the purchase of computers for new facilities for the ASG, which will open next year.

The ASG also buys items that it gives in exchange for card purchases. It’s budgeted at $3,576 to buy day planners, possibly for the last time due to increasing use of electronics for scheduling.

Some $3,000 for travel and conference will go toward ASG retreats, a speaker and a leadership summit.

Although $10,000 is allocated for club activities, only $885 was spent on donations to the Photo Club and the Film Society.