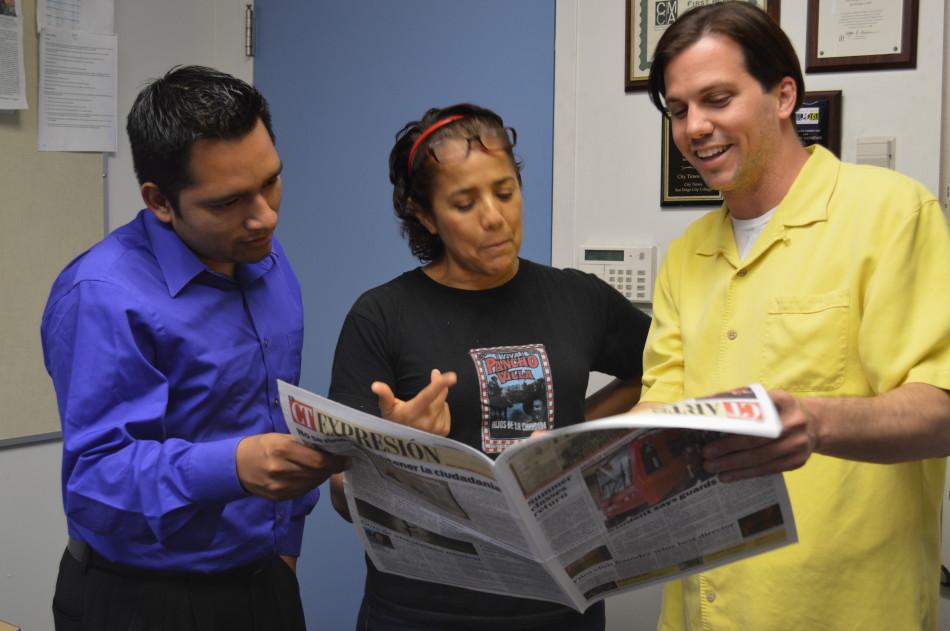 Each year, JACC holds a regional convention in both Northern and Southern California, as well as the state convention. The 59th annual state convention, held in Burbank, welcomed 43 schools and 545 students.

During the convention, students could choose from 47 workshops to attend and 18 on-the-spot contests to compete in.

There were also four bring-in contests in which schools or individual students could bring in published work.

Galindo, City’s columnist and Spanish-language editor, has been with newspaper for four semesters. She was awarded First Place Columnist in the state for her mail-in entry.

Galindo is an accomplished writer in both English and Spanish, and translates her own stories.

“I was surprised, and I am very happy to know that people are reading about the struggles of low-income workers,” said Galindo, who writes primarily about workers and their struggles.

Handloser, editor-in-chief, won first place in the News Writing contest. It is his third semester on staff, and his first time attending a JACC convention.

“I’d have to credit the wonderful instruction I’ve received from both Aida Bustos-Garcia, our current adviser, and professor Kevin Foster Cox, who taught me Intro to Journalism at Mesa College,” said Handloser. “It was easily one of the most proud moments of my life.”

“This was my first year attending and I honestly didn’t think I could win. Seeing that gave me the motivation to keep writing and come back to win not fourth, but first place next time,” said Marquez.

“Being an AB540 student has also given me motivation to show other students that we can make a difference,” he added.

There were more than 20 guest speakers: professional journalists, reporters, photographers, designers, editors, professors or had some sort of journalistic background.

“Journalism is a calling. it’s a life,” said Hernandez. “My plea to you is that you participate in journalism, and hang in there as long as possible.”