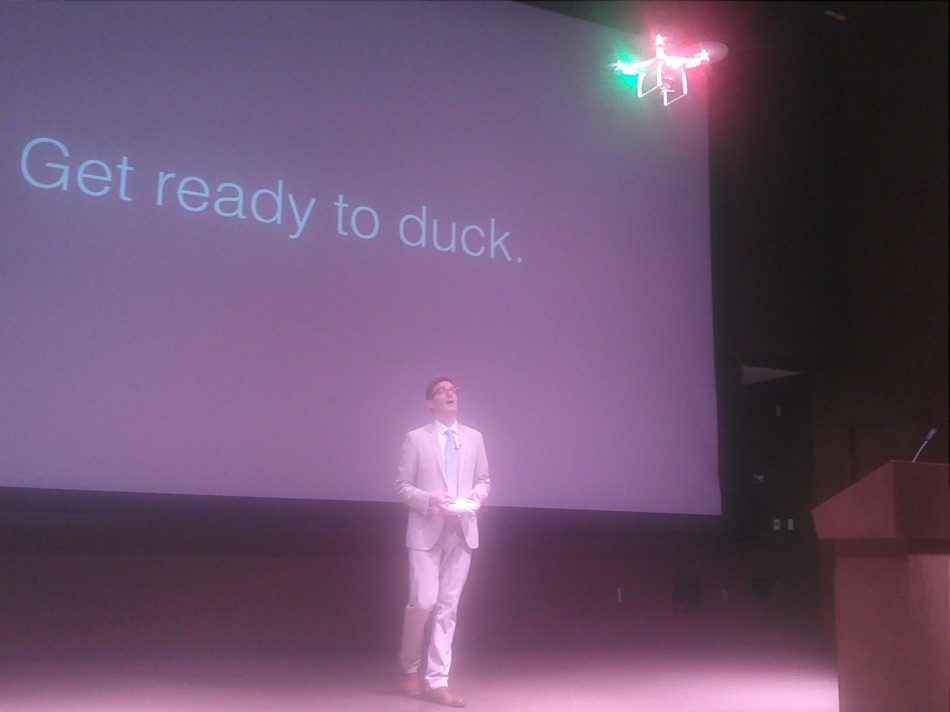 Drones used for capturing pictures and videos are the future of reporting, and it can all be done inexpensively according to Matt Waite.

Waite, a journalism professor at the University of Nebraska-Lincoln hosted a drone presentation, “The Dawning Age of Robots Reporting News,” at San Diego State University on March 25.

Waite said drones with cameras can be used to cover natural disasters faster and far less expensively than using helicopters or satellites, and hence are part of the future of news reporting.

In his presentation, Waite explained that the Federal Aviation Administration allows only hobbyists and the military use drones, however they can be found for less than $40.

Waite said news organizations require a permit in most cases. “The FAA does not want people flying these things commercially.”

“Drone journalism is going to happen. The question is how do we do it in a safe, reasonable, legal and humane fashion,” said Waite. He also gave advice to future student journalists that will be involved in the development of drone usage in newsrooms.

“In the next five years, this is going to become a pretty common technology in a newsroom, and you could have a pretty significant leg up on folks,” said Waite.

City College will be getting it’s own drone for the film department this fall, which would give student filmmakers a new way of capturing not only great views, but a chance to experience what the future of film tools might be like.

“They are commercial drones, they are not professional government-issued drones,” said City College professor and Chair of the Communications Department Laura Castaneda, referring to the drones that will be coming to City.