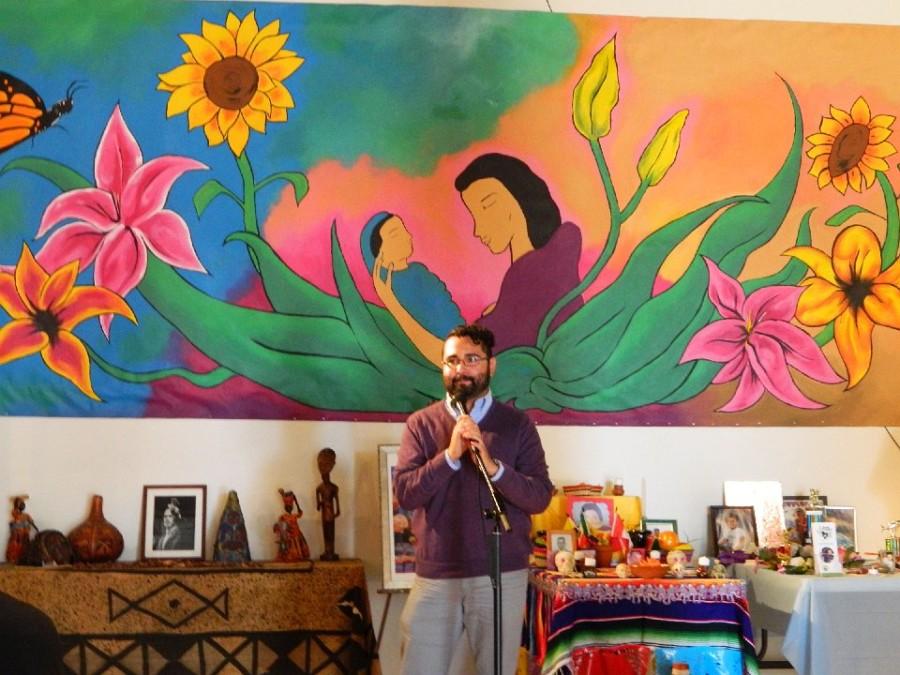 Members of student clubs like Visionary Feminists campaigned on behalf of the Gonzalez Mural, although it is yet to be approved and hung by the City College Public Art Committee. Photo credit: Christopher Handloser

Dean of Student Affairs Michael-Paul Wong chaired the seven-person committee comprised of staff and student representatives that was charged with creating the guidelines.

“The committee met for several months, and we pulled in examples that other campuses have put together for these kinds of policies and then we looked at the policies, and we kind of took what we really liked about some and left out what we didn’t like about others,” commented Dean Wong.

The need for guidelines came about after organizers of the mural and the administration could not agree on where and for how long it would be displayed.

Interim President Lynn Neault cited concerns about the emotional well-being of students and staff as well as the negative impact such a piece might have on the college’s reputation as factors for further deliberation.

The yet-to-be-adopted guidelines call for the creation of another, permanent, public art committee to review all proposals for art display on campus.

The guidelines also list five criteria for consideration before submitting recommendations to the school president, who holds final approval authority.

Once the guidelines become official, the permanent committee will review the Gonzalez mural and submit its recommendations to the president.

With no guidelines approved and no committee to review them, the artwork currently is in limbo.

The mural was displayed at the Centro Cultural de la Raza in Balboa Park until earlier this year, and currently resides with the artist who created it, awaiting to see if it gets a permanent placement on campus.

Arny Brenes, member of the Visionary Feminists, and member of City’s Public Art Committee, explains why this mural is so important and what it represents.

“What keeps me fighting for this mural’s placement is what the mural represents; the victims and survivors of domestic violence, including Diana Gonzalez, raising awareness about domestic violence itself and its costs to our communities, and the healing of communities.”