Contractor bridges the gap for students 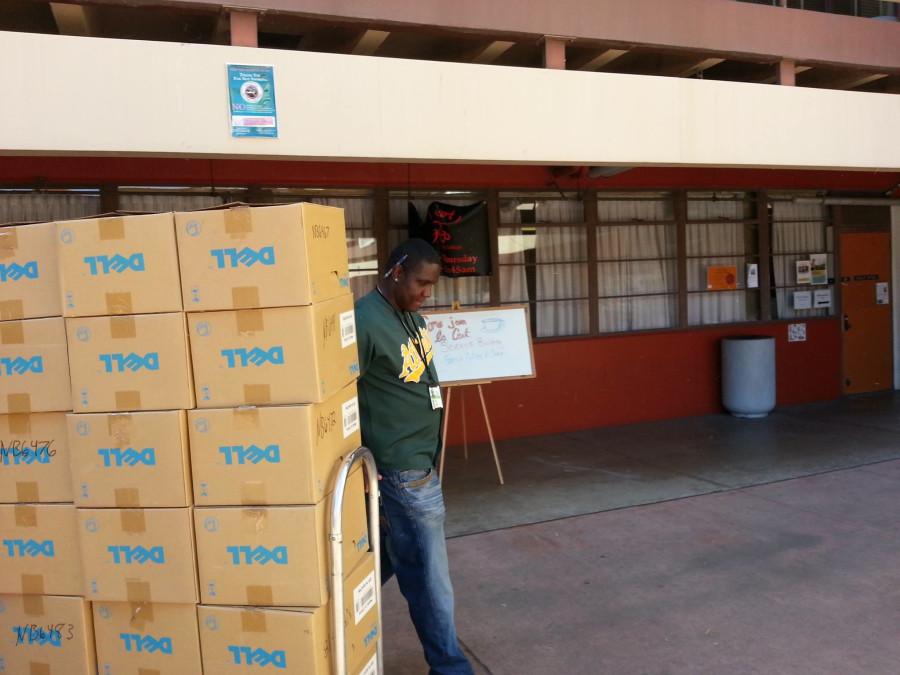 Bridging the Gap (BTG), a recently formed non-profit organization based at City College, has partnered with a local federal contractor to give new life to surplus electronics.

Robert Crouse, the non-profit’s executive director, wasted no time in finding ways to use computer monitors.

The non-profit has received just under 80 new and used LCD monitors and is set to receive matching desktop computers. These aid in its mission to guide at-risk youth away from the streets by offering mentorship and entrepreneurial training.

The monitors, along with the upcoming computers, were made available to BTG by government contractor Edward Lorquet. Using his contacts within the U.S. Navy, Lorquet is able to access electronics no longer needed by the military, and has used his friendship with Crouse to find them a useful home.

The Navy’s discarded equipment can sometimes end up in the landfill due to the lengthy process required to refurbish them for civilian use. Lorquet states that he believes in the concept of the BTG and has high hopes for its future.

The organization got its start in 2010 as a youth outreach project at San Diego’s Tubman-Chavez Multicultural Center. As the program became successful, Crouse’s team grew, and in 2013 the agency decided to form its own non-profit.

“It was decided collectively that we were going to start a 501(c)3 non-profit organization dedicated to at-risk youth,” explained Crouse. “Because of the limitations that are on City College and Enactus, we can only go so far….with Bridging The Gap we can cross those lines.”

The first batch of computers will be dedicated to BTG’s “Don’t Be a Bully” Conference in October. At various San Diego locations, organizers will give away the computers to participants as an incentive to attend.

“I would love to see the community, all different communities, come together and push this. I see Bridging The Gap being a very big program 10 years from now,” added Crouse.