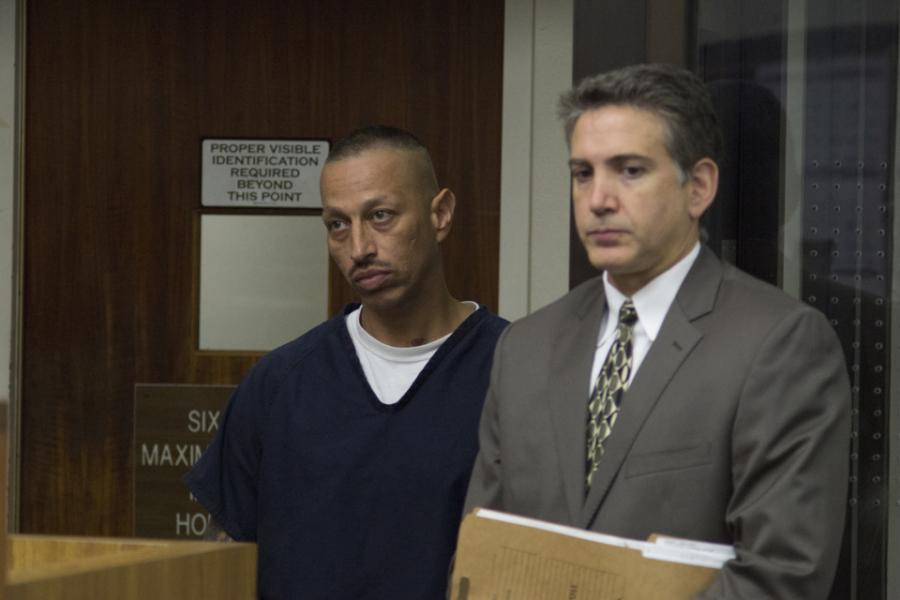 Armando Perez (left), a man charged with the murder of his estranged wife, City College student Diana Gonzalez, appeared before a judge on Aug. 27 for a bail hearing. (City Times archives.)

Armando Gabriel Perez entered a guilty plea for the 2010 murder of former San Diego City College student Diana Gonzalez on the first day of the trial on Nov. 24.

According to U-T San Diego, the trial had already begun with the jury in their seats and the prosecutor ready to make an opening statement when Perez, acting as his own attorney, raised his hand and pleaded guilty to all charges.

“I want to let you know that I plead guilty to everything,” Perez said, according to U-T San Diego. “I want to let the family heal. It’s for the best, for them and for my wife.”

Perez, 41, was given permission by Judge Charles Rogers to speak to the victim’s family members present in the courtroom.

During an exchange with the victim’s mother, according to U-T San Diego, Perez stated, “There should be more money to help men that have problems.”

According to a 2011 City Times article, police reports stated that three weeks before Gonzalez was killed, she accused her estranged husband of kidnapping her from Balboa Park and held her for two days where Perez allegedly assaulted, raped, and falsely imprisoned Gonzalez. Perez released her on Sept. 23, 2010.

On Oct. 12, 2010, Perez waited behind trees and waited for his then-19-year-old estranged wife to leave her night class. He then grabbed her and dragged her into a men’s restroom on campus and, according to a medical examiner that testified at an earlier hearing, stabbed Gonzalez a number of times, including slicing a vulgar word into her back.

Perez is expected to be sentenced to life in prison without possibility of parole at a San Diego Superior Court hearing on Jan. 16.