Bridging the gap between City College’s ASG and its students 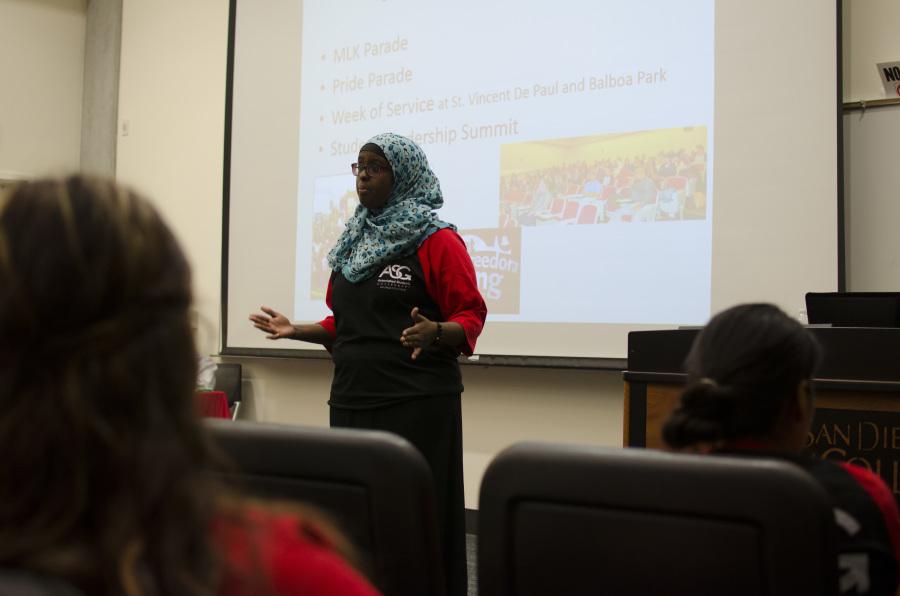 Off in the corner of a somewhat vacant part of campus, only steps away from the social hub that is City College’s cafeteria sits the Associated Students Government (ASG) offices. Tucked away in the corner of D-105 is a small office with two desks stacked with papers and files. It’s typical to see people running in and out, sometimes with papers in hand, getting signatures from and updating information to ASG President Adam Garcia.

“I believe that it is important to have that ASG/student connection because it is the ASG leadership that represents all City College students,” Former ASG President Carolina Moreno said via email.

ASG runs like a well oiled machine, with its cogs turning and producing events on campus, such as Spirit Day in September and the Halloween carnival in October, advocating for student concerns and making the decisions on how to spend student funds. However, even with some events producing up to 250 participants, the gap between ASG and students seems to have drifted over the years.

“I only know (about ASG) because I was looking for a club to join and happened to pass by their office,” student Muna Diriye said of her knowledge of ASG.

Even with the obvious gap between student government, Garcia said that participation has been up since previous semesters. Voter turnout for elections has gone up from one percent to about three percent.

Aside from the events on campus ASG hosts a weekly event, Talk Thursday, which involves an informal approach to talking to ASG senators about issues that students might have with classes, financial aid and whatever else is on the student’s mind.

“The board gets involved with playing board games and what not with the students,” Garcia explained about the atmosphere of Talk Thursday. “We don’t want to approach students in you know an intimidating way, you know we’re the Associated Students Government, just more of a friendly ‘we’re here, talk to us’ type of venue.”

However, student turnout to Talk Thursday depends on the location of the informal meeting.

“It depends on where we do it,” ASG Senator Breona Harris said.

“Because we don’t have a set location… Right now the buildings being constructed, the BT (Business Technology building) just got done and the AH (Arts and Humanities) as well,” Garcia added. “We usually do it between the cafeteria and then we usually move it over to the MS (Math and Science building), so it depends on where’s the most traffic.”

Although ASG reaches out to students with Talk Thursday and campus events, some students feel that ASG only makes the effort to reach out to City College’s population when election time rolls around.

“… I feel like during the rest of the year, you only hear them speak up when they are trying to get people to vote for them during election season,” Diriye explained.

Whatever way students feel about ASG, Moreno urged more and more students to get involved and that doesn’t essentially involve becoming an ASG member.

“Get involved. Voice your concerns. Share ideas. Even if it’s just showing up to ANY event happening on campus or a campus club,” Moreno said. “You don’t necessarily need to join ASG (to get involved).”

ASG and student involvement does show some optimism with some students having a genuine curiosity about learning and getting involved with ASG and ASG events.

“No, not really,” student Lexy Allen eagerly replied when asked about being aware of ASG. “But I do want to know about this student government we have on campus. What do they do, what are they all about?”