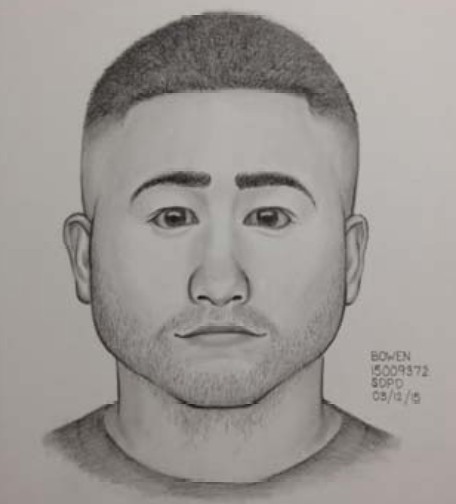 An artist’s rendering of the suspect in the March 3 sexual battery incident at San Diego City College was released via safety alert issued by the San Diego Community College District on March 18.

The suspect is described as an “Hispanic male, about 5-feet tall, between 150-160 pounds, in his 30s with black hair and brown eyes,” according to the safety alert.