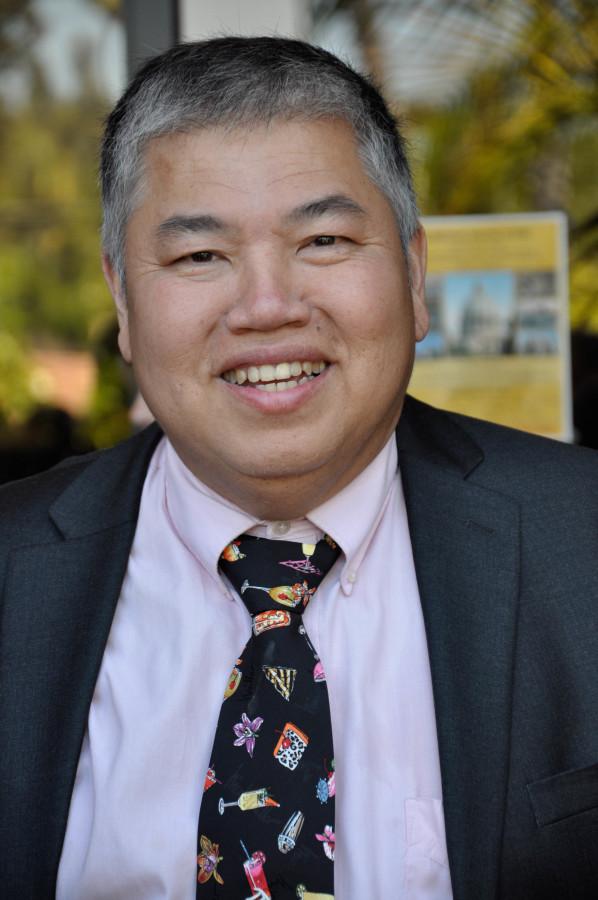 City College lost one of its longtime math teachers last month. Professor Hoat Le died March 24, leaving behind his wife, Sandra Lew, and his teenage daughter, Minh-Tam Le, and a whole lot of students and colleagues who really loved him.

Le came to the U.S. in 1975 after his family left Vietnam after the fall of Saigon. He was a top math student in the state as a student at Escondido High School before he went on to earn a bachelor of science degree at Pomona College and his master’s at Ohio State.

Le began teaching at City College in 1989, and continued through the spring 2014 semester. He was also part of the City Times staff in the early 1990s.

“He got really sick right around the time after grading papers and finals last spring,” his daughter remembered. “He was on sick leave this past school year. Things got so bad last June that he thought that was it,” Lew said. “But he pulled through. He was in and out of the hospital a lot this past year and realized the nursing profession is a tough job and thought it would be a nice thing to do to thank the nurses by leaving behind a scholarship for nurses.”

In 2005, Le was diagnosed with multiple myeloma, a type of cancer that starts in the plasma cells of the bone marrow.

“For the past nine years he spent a lot of time in the hospital. That’s why the Hoat Le Scholarship is so meaningful because it helps nurses or students help to help people that are ill and hopefully get more recognition to the profession,” Lew said.

“He was an Apple guy and loved computers. He was known for carrying around a really large camera about the size of a rolling carry-on suitcase. It was so big that a friend jokingly called it a ‘National Geographic camera’ and the term stuck, He loved photography. His favorite subjects to shoot were scenery and sports his daughter played,” Lew said.

“Being with family and friends made him happy. He loved his students and spent a lot of his free time on weekends helping his students,” Lew continued. “He was touched by thanks and thank you cards he got from students. He really enjoyed working with the other faculty and colleagues.”

The two recipients of Le’s scholarship were nursing students Jaclyn Braithwaite and Myrna Nayeli Nevarez, each receiving a $4,000 award.

“It’s an honor to receive the first award, a very generous award,” Braithwaite said. She plans to attend UCSD to get her RN-BSN (bachelor of science nurses degree). She didn’t know Le, but her fiance, Cole Jacobson, had him for algebra and was supposed to have him for pre-calculus last fall.

“He was a great professor; he cared. Almost didn’t have class that day (when news broke he died), everyone in the math department pretty close to him. Something was off that day,” Jacobson said.

“It’s rewarding to know my hard work paid off. Knowing how much nurses impacted such a difficult time in his life for him and his family and for him to do this scholarship for future nurses means a lot to me, and the reason why a lot of us enter the nursing profession, to make that kind of impact in people’s lives,” Nevarez said.

The money will help her start her career as she plans on transferring to San Diego State in the fall for her bachelor’s degree in nursing.

“As a new graduate of nursing, there’s a lot of expenses. A Board of Registered Nurses application for $150, the NCLEX, a $200 national test for nurses to get a license. You have to get a Live Scan and fingerprints for the ACLS certification and BLS (basic life support),” Nevarez said.

It seems Le’s scholarship recipients will put their money to good use, helping others and caring for people, just the way he cared for his students, and his nurses at Kaiser cared for him.