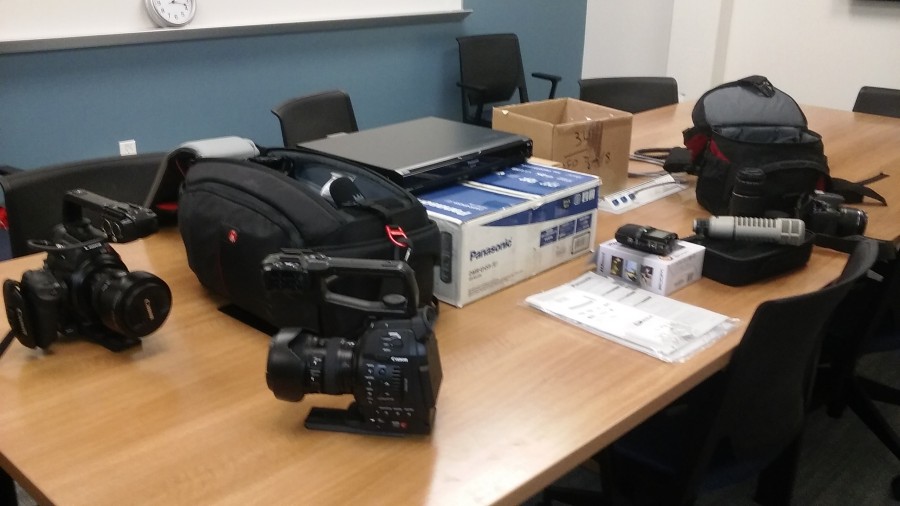 These cameras were recovered by City College from the Palace Pawn Shop near campus. Photo credit: Collette Carroll

Electronic equipment stolen from City College worth thousands of dollars has been recovered from a pawn shop in downtown San Diego.

Campus police Lt. Louis Zizzo said the theft of the newly discovered items is being linked to Gerald “Larry” Quick.

A long-time employee, Quick, 62, had worked as a broadcast engineer on campus until his arrest on Feb 10. President Anthony Beebe said that Quick has resigned from his position.

Quick is facing felony grand theft charges for the thefts of four video cameras in January 2016. Quick, who is out on bail, has a preliminary hearing scheduled for April 21.

The Radio/Television/Film Department was forced to purchase the newly discovered equipment from the Palace Pawn shop, located blocks away from campus on Fourth Street.