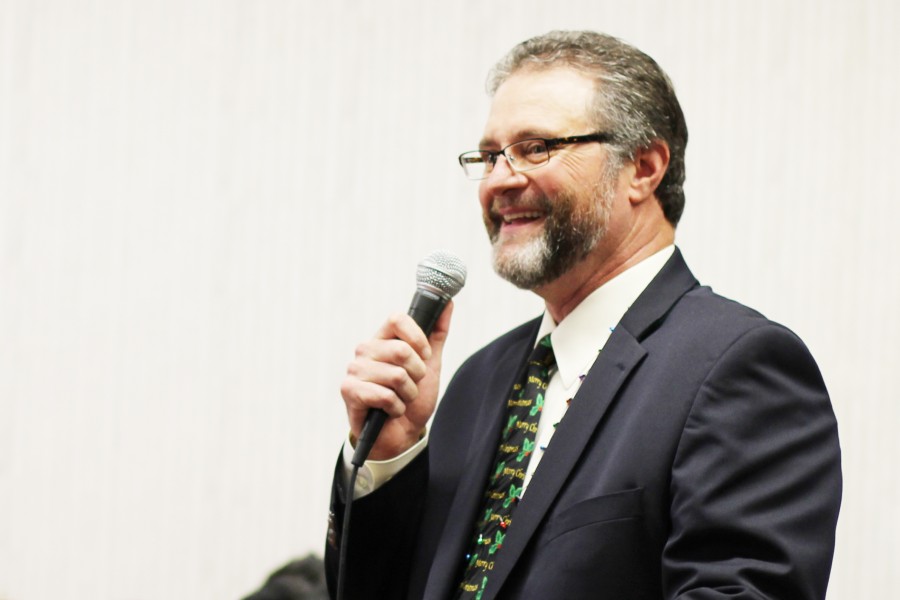 Anthony Beebe is one of the five finalists for Superintendent-President at Santa Barbara Community College. Archive photo by Torrey Spoerer

City College President Anthony Beebe is one of the five finalists to become the Santa Barbara City College Superintendent-President.

While doing the selection “we made sure everybody’s voice was heard” Monda said. The names of the finalists were pulled from a total of 42 applications and the committee interviewed 12 of them on April 7 and 8, the announcement said.

Beebe, Ed.D., who has led City for less than two years, did not comment on the announcement nor did City College’s public information officer.

He and the other finalists are to be at Santa Barbara City College on April 25 and 26.

The first day they will attend a community forum at Garvin Theater at 10 a.m. where, according to campus newspaper, The Channels, each finalist will make a presentation followed by a question-and-answer session.

The forum will be live streamed. A link will be available on the Santa Barbara City College website and Facebook page the day of the forum.

The second day, the board will interview the finalists, starting at 8:30 a.m. at the Santa Barbara Foundation office.

The board plans to make an appointment before July 1.

Beebe has been San Diegoit City College’s president since August of 2014 and was previously San Diego Continuing Education president for more than eight years.