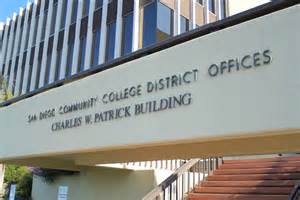 After a troubled launch, faculty payroll discrepancies at the San Diego Community College District have been greatly reduced but not entirely eliminated.

What was intended to be one of the first major upgrades of the district’s aging business-management software was hampered by human error. This, in turn, caused more thab 900 district employees to see either under or over paid during the month of January.

District Chancellor Constance M. Carroll addressed the problems in a memo sent on March 10 after hearing complaints from faculty and representatives of the American Federation of Teachers (AFT) Guild at a board of trustees meeting that day.

“On behalf of the District, let me apologize for the problems you have experienced,” Carroll wrote.

“Given the size and complexity of the district’s payroll, some problems were inevitable, even after extensive testing.”

Four months after the worst of the problems, Jack Beresford, the district’s spokesman, gave an update on the problem.

“With each payroll cycle, we are seeing fewer and fewer of these issues as we identify solutions and fine-tune our business process to reduce these to zero. In the meantime, we encourage our employees to review their payroll information regularly and report any problems Human Resources,” he wrote in an email on April 5.

Statistics for the month of March are unavailable, however payroll errors for contracted staff decreased 83.2% from January’s rate of 20.20% to February’s rate of 3.39%, according to Carroll’s March 10 memo.

Dr. Kelly Mayhew, AFT vice president for City College faculty, reacted positively when asked if she is satisfied with the district’s response.

“I am for the most part,” she said. “Hopefully, (the district) wil be more prepared when they roll out the other parts of the program.”