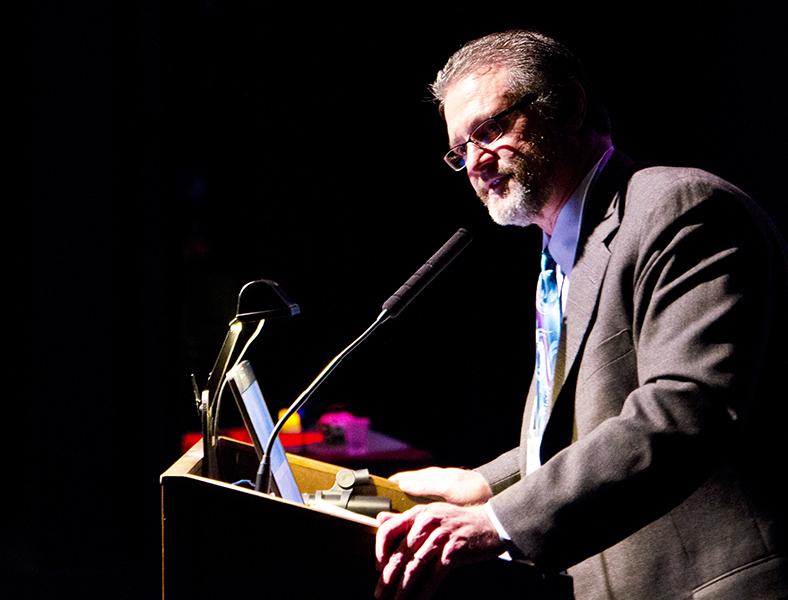 San Diego City College President Anthony Beebe has been selected as the next Superintendent/President of Santa Barbara City College.

At 6 p.m. Tuesday, SBCC’s Board of Trustees announced their selection in the college cafeteria.

Board President Marsha S. Croninger made the announcement and asked for the audience to stay afterward to hear why the board had chosen Beebe.

“Given my passion for City College this kind of transition is difficult. This college is an amazing place filled with dedicated people all working together to inspire agents of change.”

City’s staff and students described Beebe as a visionary, transparent, collaborative, genuine, straight-forward, a great motivator, and involved in the community, she said.

Croninger quoted a City College student on what he learned from Beebe.

“I learned the self-confidence to advocate for myself, not to be shy, that my voice is important too. I (also) learned the importance of helping, and serving others,” she quoted the student as saying. “To be proud of SDCC.”

Croninger also mentioned some of Beebe’s accomplishments at City.

“I have a story on how SDCC students worked together with Dr. Beebe to make a difference for other students,” said the Trustee’s president.

They mentioned San Diego student’s concern about homelessness on campus, and how they approached Beebe to help these students.

“Encouraged by Dr. Beebe and college staff, together they built a plan and a place they call the student mall.”

She added, “They started a food pantry, where homeless students can get free food donated by local corporations and individuals.”

“This was a student-generated idea and the college came together to make it happen the way SBCC comes together to support its students.”

According to the press release, President Beebe said upon the hearing of his selection:

“ I am honored and humbled to be selected as Santa Barbara City College’s next Superintendent/President. I look forward to building on the strong foundation already established by the leaders that preceded me.”

Contract details will be worked out by May 12, and Beebe would start as SBCC’s new Superintendent/President on July 1.