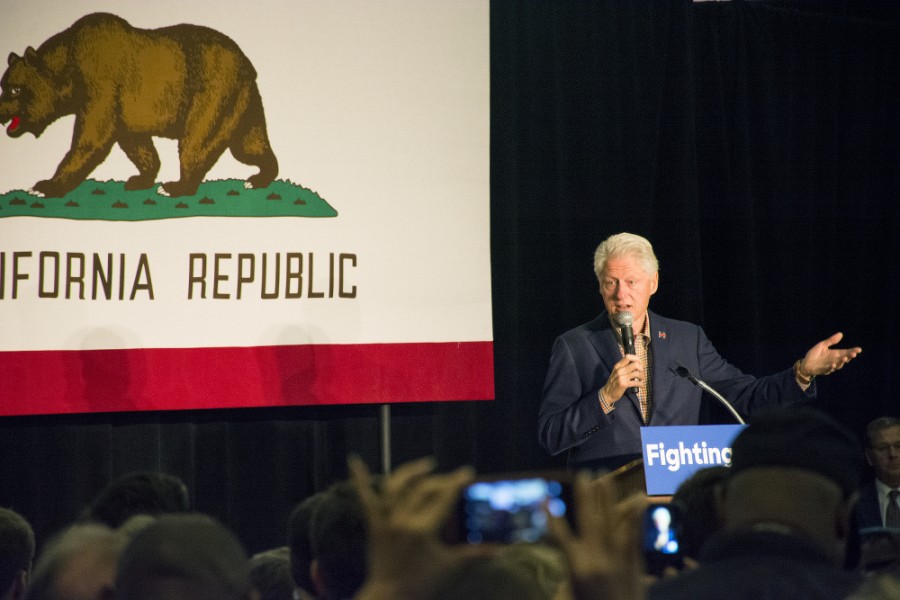 A crowd of about 850 supporters were let inside the Balboa Park Club around 9:15 a.m., and waited for about an hour for Clinton to arrive.

He spoke about issues of interest to the San Diego community, such as national security, college education, military veterans, health care and LGBT rights, and what Hillary Clinton plans to do to address these concerns.

College education is a major campaign topic for her. Here’s what Bill Clinton had to say about that issue:

“Everybody that really needs free tuition should get it!” “People who need more money should get it. We should have an increase in the Pell Grant program. It should be increased to cover materials and living expenses.”

It was a mature crowd, with men and women, and a few millennials and college students. Clinton spent about an hour speaking, and stayed afterward to shake people’s hands and take pictures.

Clinton urged the crowd to vote and to support his wife for the presidency. He closed his speech by saying how honored he was to be in San Diego. “California has always been good to my family.”