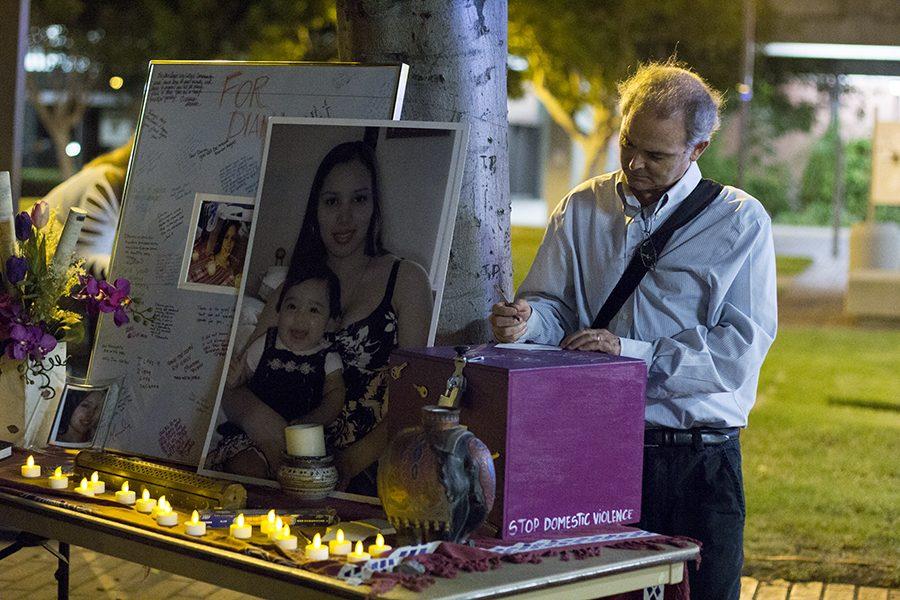 Activists set up a tribute to Diana Gonzalez on campus. Photo by Celia Jimenez

The Fourth Appellate District Court overturned the murder conviction of Armando Perez, who pleaded guilty to stabbing to death his estranged wife, a City College student. The court said that Perez needed counsel to plead guilty even though he insisted on representing himself.

During the night of Oct. 12, 2010, authorities said Perez waited for his 19-year-old wife, Diana Gonzalez, and dragged her into a campus bathroom, stabbed her multiple times and mutilated her.

During his trial, the court accepted Perez’s petition to represent himself. He pleaded guilty to murder on Nov. 24, 2014 and was sentenced to life without parole plus one year on Jan. 16, 2015.

“I want to let you know that I plead guilty to everything,” he said, as reported by The San Diego Union-Tribune. “I want to let the family heal. It’s for the best, for them and for my wife.”

However, California’s Penal Code Section 1018 prohibits receiving a guilty plea when there is a death sentence or life sentence without parole if the defendant has no attorney, the appellate court ruled in July.

Gonzalez’s murder left indelible mark on the City College scene. One of its impacts was to spark a social platform for students, teachers and administrators to share their experiences and bring awareness about domestic violence. Gonzalez had been the victim of such violence before she was killed.

Defense attorney Marc Carlos spoke to NBC San Diego about the case and what lies ahead.

“Just because the prosecution says they have a piece of evidence, until it’s presented in court in front of the jury, who knows what they have,” Carlos said to NBC News. “What we have here is someone who has entered a plea without the presence of counsel to the highest possible charge he could.”

Since the murder occurred several years ago the attorney said that it won’t be easy to prosecute it now.