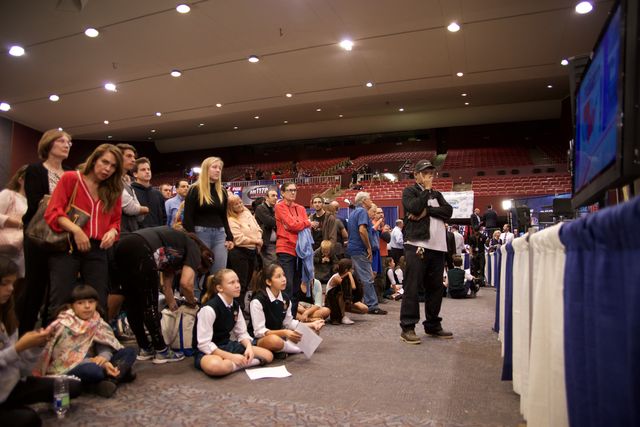 Hundreds of people of all ages turned out to Golden Hall to follow the election results, which were continually updated on big screens. Photo by Thomas Chesy

Last night’s stunning presidential election results seemed to overshadow many statewide and local contests that promise to have a direct impact on the lives of City College students.

Among them at the city of San Diego level:

Measure C, which would have paved the way for a new football stadium downtown, failed, not coming near the 66.7 percent vote needed for approval.

Measure I, which would allow San Diego High School to remain in its current location within Balboa Park, passed with 76 percent.

Statewide, some propositions, including the ban on single-use plastic bags, had yet to be called by the Associated Press as of Wednesday morning.

Prop. 55 passed, extending a tax on wealthy Californians to fund education and healthcare for another 12 years.

Prop. 64 passed, legalizing the recreational use of marijuana for Californians 21 and older.