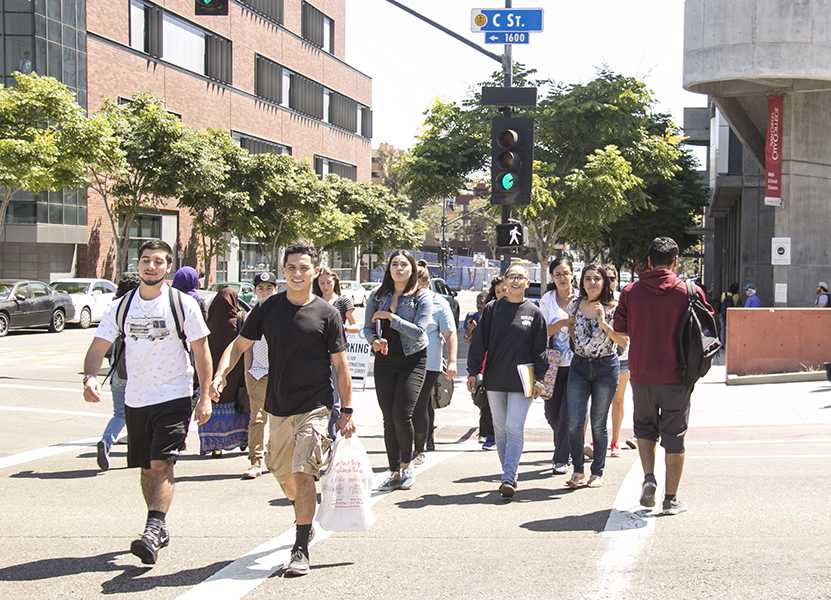 There was a slight increase in enrollment at City College, however it is still down from several years ago. Photo credit: Celia Jimenez / City Times

Voters in California last week approved an extension of a tax on the wealthy to maintain current funding levels for public education in the state, as well as a $9 billion bond sale for school modernization.

Proposition 55, officially known as “The California Extension of the Proposition 30 Income Tax Increase Initiative,” will maintain a 1 – 3% tax increase on the wealthy, while Prop. 51 will allocate money to modernize schools at a cost to the state of $500 million per year over 35 years.

With the passage of Prop. 55, current tax levels will remain in place until 2030, allocating 89 percent of revenues to K-12 schools, and 11 percent to community colleges.

Prop. 55’s detractors, including The San Diego Union-Tribune, argue that Prop. 30’s funding should have been allowed to end because it was not intended to function as a permanent tax hike.

“Approving it would amount to not just tolerating but rewarding deceit. A temporary tax hike is one that ends,” a Sept. 26 newspaper editorial read.

City College Inter Club Council President Gregory Barba warned before the election that a failure to approve Prop. 55 would lead to a scramble for funding sources across California’s hundreds of K-12 and community college districts, and would result in community college’s turning away students if funding could not be secured.

Now, with the passage of both Props. 55, and 51, California community colleges are poised to receive a substantial funding boost. According to the California Secretary of State, Prop. 51 would allocate $2 billion for “California Community Colleges facilities.”

The cost of Prop. 51 will, however, be substantial, incurring “State costs of about $17.6 billion to pay off both the principal ($9 billion) and interest ($8.6 billion) on the bonds,” according to the California Legislative Analyst’s Office.

Both initiatives are notable for their lack of support from Gov. Jerry Brown, one of the only opponents of the propositions in the Democratic Party.

“I am against the developers’ $9-billion bond. It’s a blunderbuss effort that promotes sprawl and squanders money that would be far better spent in low-income communities,” he said in Feb. 12 interview.

Prop. 55 and other statewide initiatives that passed are scheduled to go into effect immediately unless a grace-period is specified.