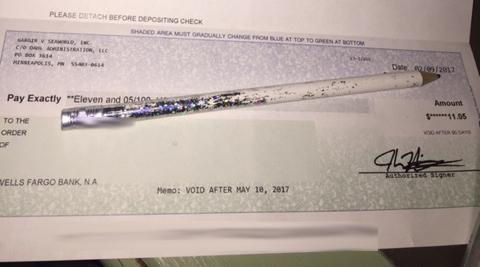 On the second and third week of February, some City College students and alumni received part of their $328,333 settlement from SeaWorld.

“Why did I receive this (check in the mail)?,” asked Patricia, a 2014 City College alumna. “I have no problems with SeaWorld whatsoever.”

Approximately two years ago, Patricia signed her family up with an “EZpay” option for their annual SeaWorld passes. EZpay, described on SeaWorld’s website as a “simple monthly payment program designed to make memberships fit easily into people’s budgets,” allows people to purchase annual passes to the park through a contractual repayment plan of 12, or 24 months.

Patricia said she was excited to take her husband and daughter to meet at SeaWorld with their extended family and friends from City College.

Since 2013, however, others who had purchased their yearly passes through the EZpay payment option on SeaWorld’s website were not so happy. Many didn’t read the “fine print” and stated on social media sites that EZpay continued to charge their credit cards after the perceived one-year commitments were over.

“That was not fair,” said Andrew Ruthenberg, a linguistics major at City College, “and I’ve been going there since I was a young kid.”

Marcos Gonzalez Rodriguez, 20, is a biology major at City College and works at SeaWorld as an assistant supervisor for vending. “Instead of paying one lump sum, it is better to make monthly payments,” he said, “especially if you have a big family.”

In 2014, Jason Herman, a Florida resident, sued SeaWorld Parks & Entertainment at his location for the EZpay issues.

In 2015, the San Diego Reader reported on a Los Angeles woman, Shery Gargir, when she sued SeaWorld San Diego “for overzealous card swiping.”

On Oct. 21, 2016, the Superior Court of California, County of San Diego, Central, handed down a verdict in the case, outlining the terms of the settlement as follows: “Defendant SeaWorld Parks & Entertainment, Inc. (Defendant) will pay $500,000.00 to settle their claims with plaintiff Shery Gargir (Gargir) and class members (sometimes collectively Plaintiffs).” The net settlement amount is at least $328,333.00.

Furthermore, it states that “Settlement Class Counsel may request up to $166,667 for a fee and expense award and up to $5,000 for a service award to the Representative Plaintiff (Shery Gargir). Thus, the net Settlement Amount should be at least $328,333.”

Ruthenberg, who signed up for annual passes through EZpay said, “I agree with this decision. If people were misled or confused by the explanation (on the website), this is right.”

According to court documents, the $328,333 settlement is spread between an estimated 88,214 members in the EZpay program with a California home, or billing address.

On the settlement website, Patricia said there are no directions to return the check.  Patricia had the option to opt-out by July 6, 2016. She would have had to send in a letter to Dahl Administration, LLC,the class action administrators of the case in Minneapolis.