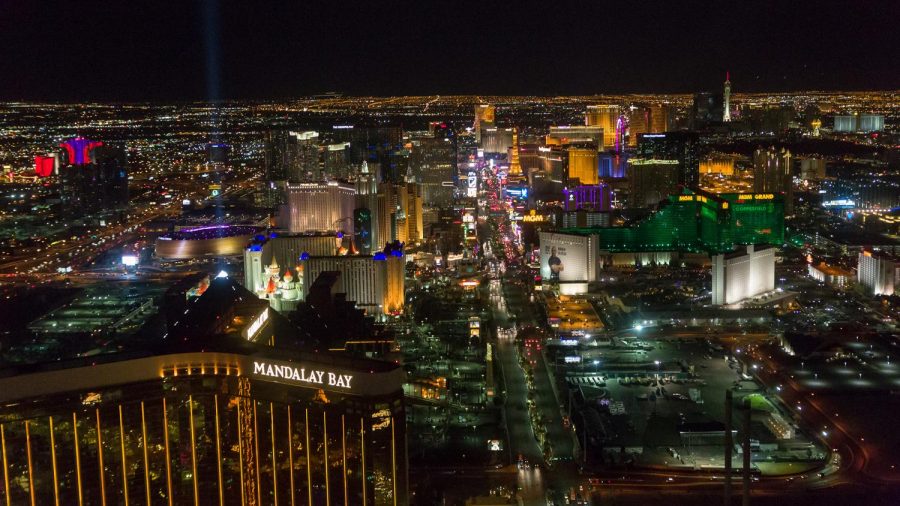 The Route 91 Harvest Music Festival was taking place in the car park visible on the right, when Stephen Paddock, 64, rained terror down on the concert goers on Oct. 1, 2017 from the Mandalay Bay - FILE.

A gunman opened fire upon thousands of people attending an outdoor concert on the Las Vegas strip on Sunday night, killing at least 58 and injuring over 500 in what authorities are calling the deadliest mass shooting in modern United States history.

The gunfire was reported at 10:08 p.m. at the multi-day Route 91 Harvest Concert, said Clark County Sheriff Joe Lombardo at a news briefing following the attack. He estimated that the country festival had about 20,000 people in attendance at that time.

The shooter, identified as Stephen Paddock, 64, was found dead by officers after they breached his room on the 32nd-floor room in the Mandalay Bay Hotel. Lombardo said he was found with “in excess of 10 rifles” in the room and the police believe he killed himself.

President Trump addressed the press on Monday morning and called the mass shooting, “an act of pure evil.” He said he will visit Las Vegas on Wednesday and ordered the flag to be flown at half-staff. He is also scheduled to visit Puerto Rico on Tuesday.