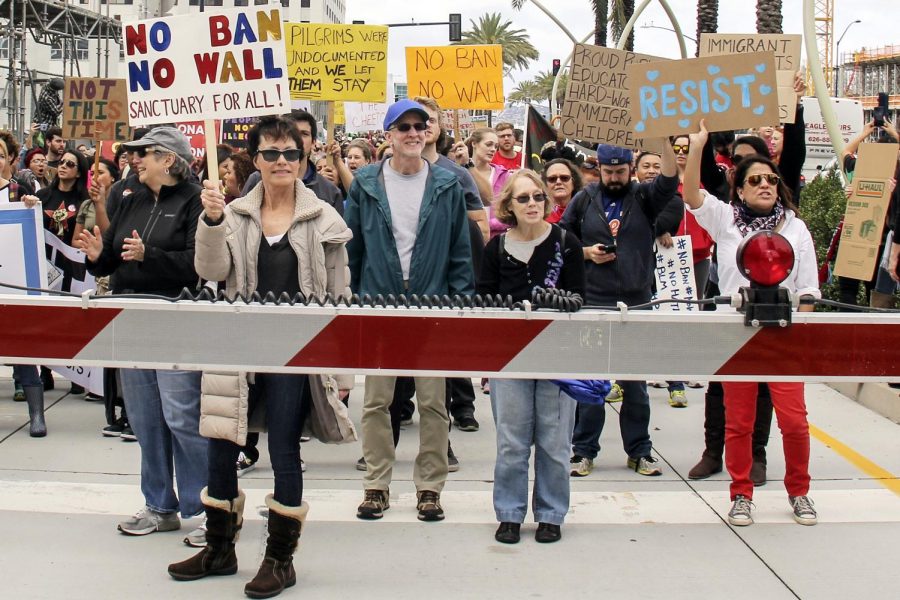 In October, California became the first sanctuary state in the U.S. - FILE.

According to the proposal, the purpose of the California Values Act is “to protect the safety and well-being of all Californians by ensuring that state and local resources are not used to fuel mass deportations, separate families, and ultimately hurt California’s economy.”

City College student Francisco Peralta was very happy for the passing of Bill 54 and hopes other states follow through. “We are getting support from the state.The state is saying publicly and legally; we are here to try to protect you as much as we can within the legal frames.”

Peralta is a Deferral Act of Childhood Arrivals (DACA) recipient who couldn’t reapply for his two-year permit because his will expire after March 2018.

Immigration attorney Jamahl Kersey, said there is not a strict definition for a sanctuary city or sanctuary state but essentially, “it’s a jurisdiction where they’re not going to make any specific efforts to assist the immigration authorities in the apprehension and detention of noncitizens.”

According to the California Legislative information website, Senate Bill 54 prohibits state and local law enforcement agencies from using personnel and resources to collaborate with federal agents in the detention, arrest, or investigation of anyone to enforce immigration policies.

Local enforcement agencies such as the San Diego County Sheriff’s Department may cooperate with federal immigration agents when arrested persons have been convicted for violent felonies, sexual abuse, unlawful possession of weapons or drugs, among others.

A day after the SB54 was passed, Immigration and Customs Enforcement (ICE) Acting Director Tom Homan said the bill “will undermine public safety and hinder ICE from performing its federally mandated mission.” He added it will impact ICE operations in California.

“ICE will have no choice but to conduct at-large arrests in local neighborhoods and at worksites, which will inevitably result in additional collateral arrests,” said Homan in the press release on Oct. 6.

One of the main concerns of ICE’s director is the safety of the officers while working in the field, since they will no longer have the same access to prisons and jails for undocumented persons. Homan said that most likely any person arrested in California will be sent to out-of-state immigration detention centers.

Kersey added that California and Sanctuary cities recognized that raids and deportations affects the community. “They are not taking into consideration what the ripple effect of all these deportations and detentions are going to be,” Kersey said.

Peralta said SB54 will increase the trust between the police and the community. “I’m not going to be ask for my documents while I make a report with the police. I would not be worried about being deported because I forget to make a turn or I forget to do a three second stop.”

City Times contacted the San Diego Sheriff several times to ask them if SB54 will affect their work but they declined comment.