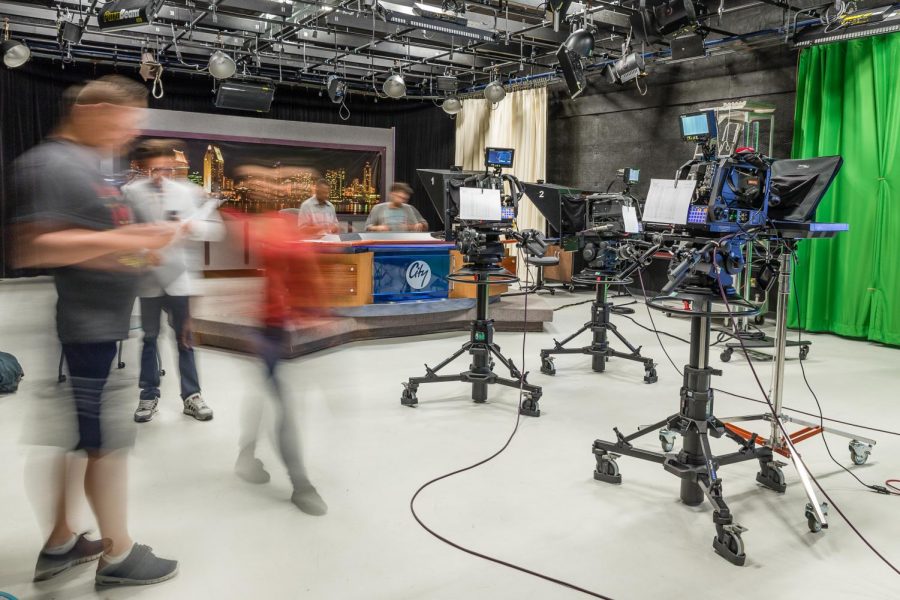 Proposed changes to future RTVF classes, such as offering classes only once a year, leave students’ questioning how they can complete the required material within the expected two year timeline.

You may have issues getting your degree soon if you’re majoring in Radio Television Video Film (RTVF). San Diego City College administration has decided to cut back on certain RTVF course offerings because they say enrollment is low compared to other classes offered on campus. Some of those classes have produced the Emmy-award winning broadcast titled “Newscene,” which is sponsored by CNN.

Per administrative decree, certain classes will be cut altogether, while some will be offered only once a year. According to a source that asked to remain anonymous, two of the classes facing elimination include RTVF 148 (Intro to Weather/Traffic Reporting) and RTVF 149 (Intro to Sports Broadcast). Both classes haven’t been offered to students in two years and the source said, “The purpose of a bigger building (C-building) was to offer the classes so that students could have more experience in Sports, Weather, and News Packaging.” They also said, “With class cuts there will be less classes and more empty rooms.”

The same source also had information on the classes only being offered once a year. Those courses include RTVF 110 (Intro to Screenwriting) and RTVF 141 (Radio News Production).

Introduction to Screenwriting, is a graduation/transfer requirement for those majoring in the RTVF field. Radio News Production gives students a first-hand experience include scriptwriting, film production, and radio production where students are able to write/produce for City’s radio stations Jazz 88.3 to the student radio station, KSDS.

According to City College President Ricky Shabazz, “the challenge with RTVF is student interest, marketing, and outreach.”  Shabazz also pointed out that low student enrollment equates to low funding for the school. “The college receives its funding based on student enrollment. This is how we keep the lights on and pay our bills,” said Shabazz.

City College student and Storyboard Animation minor Paola Robles talked about the Introduction to Scriptwriting class, saying “It makes no logical sense to why 110 (Scriptwriting) is being cut to one class. It’s one of the primary classes needed to graduate.” She also mentioned that she originally attended Southwestern College but decided to transfer to City due to her interest in the RTVF department. The RTVF program also fulfilled her transfer requirements to California State University, Los Angeles (CSULA).

Dean of Arts and Humanities Trudy Gerald, said, “The enrollment numbers for the RTVF have shown some improvement this semester.” However, neither Gerald nor Shabazz specified exactly what those numbers looked like or what classes would be affected by the cutbacks.

The only specific number related to enrollment came from former RTVF Department Chair and current Newscene co-professor, Laura Castañeda, who said that the administration’s rule is that 18 students must be enrolled in a class 2 weeks before the start of the semester or the class will be cut.

City College Film Production major Brandon Bloom, 20, says he believes cutting back on some of those classes could be a roadblock for future RTVF students. “I take classes at Miramar College too, but since City has all the film/tv specific classes for my major I take those classes here,” Bloom said.

He went on to say, “Being able to take those film/tv classes helped me figure out what I want to do. If I didn’t have those classes, I don’t know what I’d be doing.” After this semester, Bloom will be eligible to receive a certificate for Film Production which makes him eligible for jobs such as Film/Video Editor, Lighting Technician, Sound Technician and TV/Film Producer, among others.

Co-instructor for Newscene, Chris Acedo, said “our leadership is dismissing the press and it’s important that we train our students to be proper journalists.” Acedo also noted he has visited Point Loma High School to spread the word about the RTVF department. He sets up a table during events in the quad area to hand out fliers. “To beef up enrollment we have to hit up the undecided students or we have to hit up the incoming freshman class,” Acedo said. He is also a professor for the Introduction to Radio/TV and Studio Operations classes.

Acedo also mentioned that classes such as Newscene help prepare students for the broadcast news industry by giving them hands-on experience producing and writing. The students also film their broadcasts in the newly built studio on campus.

The RTVF department also offers associate degrees such as Broadcast News, Digital Media Production, Documentary Film, Video Production, Radio, and Media Management. Any students taking courses related to these degrees, or any future students looking to major in one of these fields, won’t be able to complete their degree requirements while attending City College.

Some of the famous alumni who have been apart of the RTVF program include NBC 7’s Artie Ojeda and Whitney Southwick, Fox 5’s Victoria Johnson and Shannon Handy of KFMB Channel 8. Another famous alumni is film director Cameron Crowe (“Almost Famous”, “Jerry Maguire”) who went through the program learning how to write, edit, and direct for films. Crowe also described Hope Shaw, the former dean of the Telecommunications department, as one of his inspirations to get into the film industry.

With RTVF cuts looming next Fall, students and faculty alike are concerned for the future of the program that has graduated so many local and regional media producers.

The following are corrections of errors in the Oct. 24 issue of City Times.

In the page 1 story “RTVF cuts leave students in limbo” the student produced news broadcast “Newscene” is not sponsored by CNN. Also the class RTVF 148 (Intro to Weather/Traffic Reporting) has never been offered at City College. The RTVF 110 (Intro to Newswriting) course will no longer be offered as two sections per semester but as one section per semester.

When the story was printed City Times contacted Dr. Ricky Shabazz, president of City College, and was asked to clarify. Shabazz said in an email that there is a six-phase plan and multiple meetings in place to support the RTVF department. He listed 14 ways that he is working to improve enrollment, including allocating a $15,000 one-time lump sum to be used for marketing and to improve enrollment that expires on March 31, 2018.