Power back after outage at City College, again

Friday classes are canceled two weeks in a row due to unplanned power outages in the area. 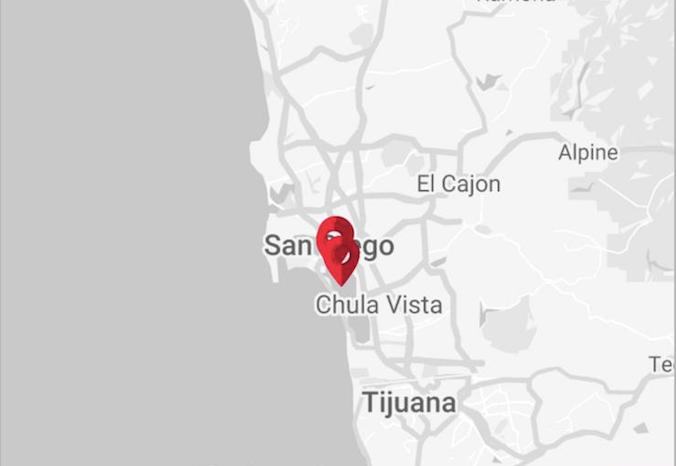 A screenshot of SDG&E's online map shows the location of the power outage impacting City College.

A few areas on campus remained lit, but classes and activities were again canceled due to a second unplanned power outage in just under one week.

@sdcitycollege tweeted about the second outage and campus closing at 11:27 a.m. Friday.

Shortly after the tweet went out, students received a text alert that read: “City College is closed for the remainder of today due to a SDGE (sic) Power Outage. Normal campus activities will resume effective tomorrow with the scheduled activities.”

The alert was identical to one informing students of the campus closure on Nov. 30, but the response time from campus administrators and police was quicker this week. Jack Beresford, communications and public relations director for the San Diego Community College District, confirmed in an email that power returned at about 1:30 p.m.

The sudden Nov. 30 campus closure had a number of students stressed about University of California application essays, which were being worked on at the time of the outage and due later that night.

This week was deja vu all over again for Newscene. The school’s weekly 30-minute news broadcast films on Fridays. Campus police notified the crew that everyone had to vacate the C Building, where the studio is located, before filming started.

This week that wasn’t an option. The Newscene team wants its special edition Spanish newscast to be award-worthy and have studio-quality.

“Newscene in Spanish… highlights our best Newscene work from the semester,” said Juan Gomez, the main anchor and show producer. “As far as putting together quality work on YouTube, we will still be filming Wednesday.”

Afternoon and evening classes like the new barbering class got cut short again.

Some classes only meet on Friday, and with only one class left in the semester, students and faculty are left wondering how the final three weeks of class will now have to fit into one.

Power outages in the downtown San Diego, Balboa Park and Golden Hill area shut down City College campus for the second time in as many weeks.