Will Friday bring another campus blackout? 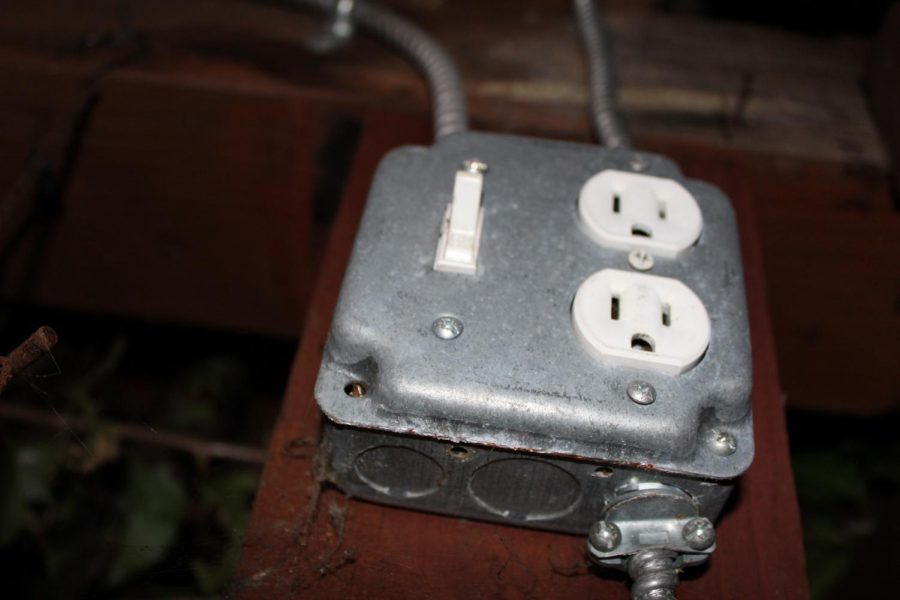 City College expected to remain lit throughout Friday and beyond. By Jonny Rico

During last Friday’s power outage, Majeda Nasrawi, a San Diego City College instructional support supervisor, was stuck in the elevator of the Mathematics and Science building for 90 minutes.

Art student Zahra Hooshyar planned to spend last Friday farming on campus for her sustainable agricultural class. She was told by San Diego Community College District police the campus had to be evacuated even though it was the middle of the day and gardening outside did not require power.

With a power outage closing campus on each of the last two Fridays, faculty and students have wondered if the lights will stay on tomorrow.

She said the fact that both outages occurred just after 11 a.m. on back-to-back Fridays was “coincidental.”

Naswari took the elevator after leaving a professional development brainstorming committee meeting on the fourth floor of the MS building.

After the elevator suddenly stopped, she was relieved the intercom worked and called campus dispatch. At times she lost the connection, but was reassured knowing campus police were on the way.

“The dispatch helped calm me down using ‘reverse psychology,’” she said. “I was told to focus on breathing in through my nose and out through my mouth and to close my eyes.

“Then they told me to open my eyes and tell them what I see. I told them I still see myself stuck in an elevator. But it did help me calm down a little.”

Hooshyar’s agriculture class requires a certain number of service learning hours and she needed to get those hours in last Friday due to her busy schedule.

Because of the evacuation, she had to make up the hours on Saturday at Wild Willow Farm near the Mexico border. Hooshyar said she loves outdoor gardening and Wild Willow Farm, but wasn’t expecting to rearrange her weekend and go so far from campus to complete her hours.

During the previous Friday outage, Hooshyar was one of the students in the Transfer Center trying to complete University of California application essays. After being told campus was closed due to the outage, Hooshyar described her feeling as like being a “porcupine in a balloon factory,” a simile that stuck with her from an old Hannah Montana episode.

Hooshyar ended up getting her application in on time from home, but thought her essay would have been better had she been able to complete it on campus uninterrupted.

Said Torres: “We understand how inconvenient it can be to have to cancel classes and rearrange schedules. We do appreciate everyone’s patience in getting the power back on and hope it won’t happen again.”

SDG&E determined the reason for the outages was due to the unusual amount of rain experienced throughout San Diego in just over a week.

San Diego received between 2-3 inches of rain from the past two storms. By comparison, it only received 3.34 inches all of last year.

Torres said the wet conditions created condensation on equipment at the substation, which led to the Nov. 30 outage. That equipment was either fixed or replaced, but then other equipment fouled up due to the following storm, causing the Dec. 7 outage.

Naswari said the response from campus police and the administration was “phenomenal.”

“I felt very supported,” she said. “There were concerned VPs onsite when they got me out of the elevator and the president called me later to make sure I was okay.”

Naswari said the power was on when she got back to the LRC building, where she works.

Hoshyar said someone from the school reached out to her after the first outage to make sure she got her application in, which she found thoughtful. But she doesn’t understand why her gardening hours had to be cut short the following Friday since it did not matter if the power was on or off.

The 11:02 a.m. outage on Dec. 7 had all but three customers restored within 15 minutes, which is why some areas of campus never lost power and by 2:12 p.m., restoration was complete.

Torres said SDG&E has an accounts executive set up with the college, which administrators can contact to inquire about any outage or safety concern issues.