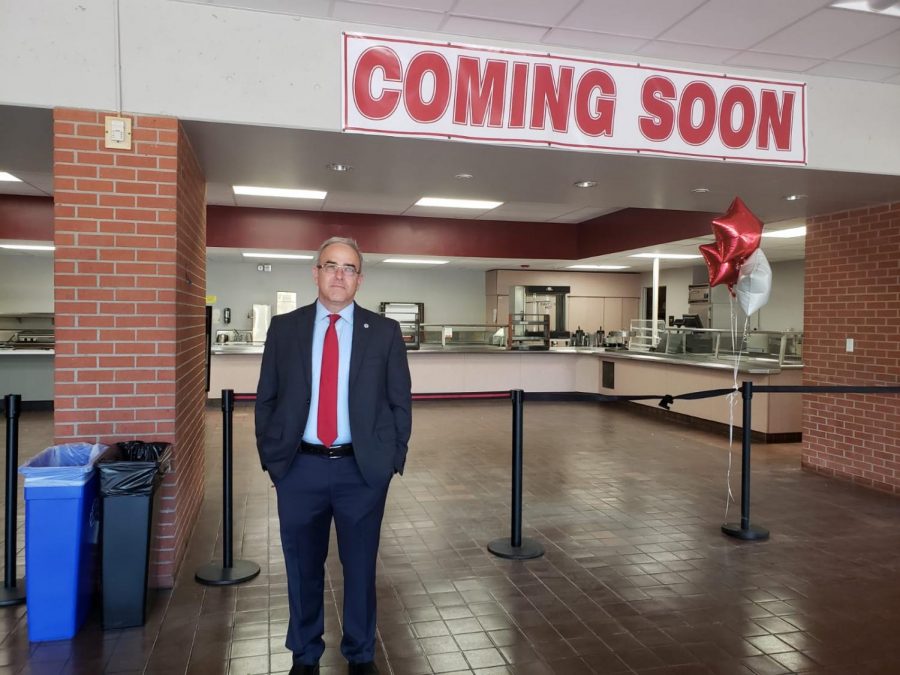 UPDATE: In an email to City Times the district has confirmed that a contract has now been signed for the installation of kitchen equipment in the cafeteria. However, due to delays in the delivery of a portion of the equipment, the opening of the cafeteria will be pushed back further.

“Operationally, once the equipment is installed, the Health Department will need to approve the site to reopen,” Manis wrote in the email.

While it is possible that students may see limited fresh food options by December, it is more likely that it will not be available until the spring semester, he wrote.

San Diego City College students will have to wait longer to get a fresh meal from the cafeteria.

City College has lacked a cafeteria for years and multiple projected deadlines have been missed.

Despite that, there is a reason for the delayed re-opening.

Over three years ago, students were told that the cafeteria was shut down due to renovations on the A building. However, the roof of the cafeteria was the main concern, according to Chris Manis, the vice chancellor of facilities management for the San Diego Community College College District.

“That roof is the main reason why I had to close down building D, because I can’t have people operating inside while that roof is torn,” Manis said.

Part of the reason for the cafeteria’s return is the completion of the A, D and T buildings renovation project. However, it is not specifically listed as a project in the plans.

What is listed is the replacement of the ceiling due to roof leakage. After work began, it was discovered that a total electrical rewiring of the building would be required, as well as new carpets, lights and air conditioning units.

The cafeteria is not listed as a project in the modernization of the ADT buildings due to budget.

Most of the funding budgeted originally was dedicated to renovating the ADT buildings and child development center, leaving funding for the kitchen at a low priority due to it not being an official project.

Recently the re-opening was delayed again for the fall semester due to the outdated kitchen equipment and the need to find replacement parts. That was complicated by regulations, along with having to buy those parts from specific vendors.

According to Manis, the cafeteria may not be fully open until mid-semester.

“I believe the approach is that equipment has been prioritized … and you will see phases where the pizza will be offered, then the soup and sandwiches, and will slowly integrate into the kitchen,” he said.

Manis didn’t have a specific date but gave a time window of eight weeks where students should start seeing some of these options offered.