Newscene and City Times are on scene at the Elizabeth Warren town hall. 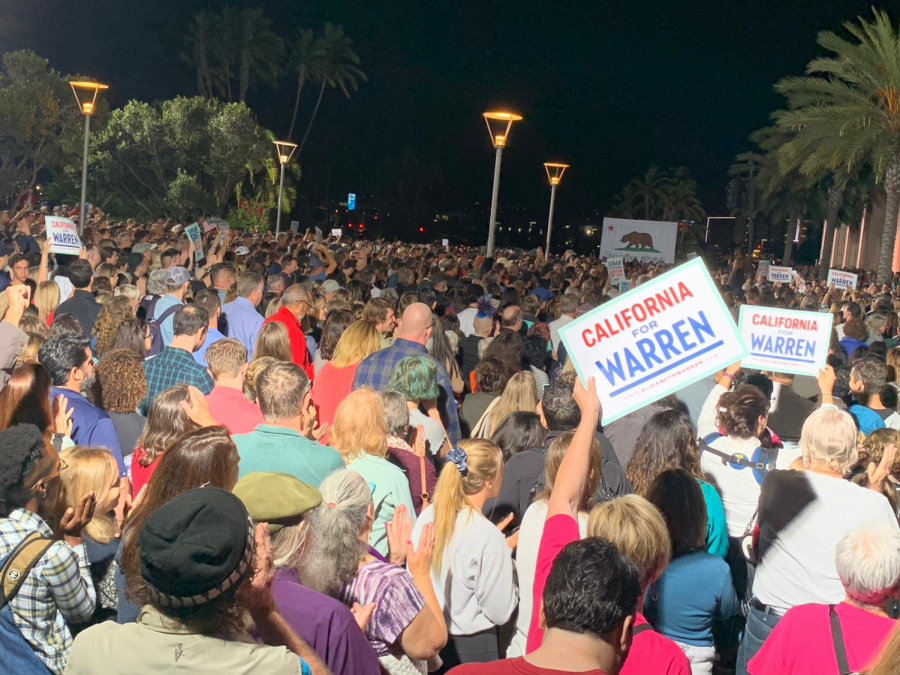 8:28 “This is it. This is our moment in American history, our moment to dream big, fight hard and win,” Warren said in a closing statement.

8:18 Warren revealed proposals to reform the criminal justice system which included ending the federal prohibition on marijuana, the for-profit prison system and the cash bail system.

8:04 “We can provide tuition-free, post-high school, technical school, community college and four year college for anyone who wants an education,” Warren said.

8:02 Warren pitched a 2% tax on the super wealthy and said it will cost “two cents” for every dollar.

“You’ve built a great fortune here in America, but I guarantee, you’ve built that fortune, at least in part, using workers all of us help pay to educate,” Warren said.

7:35 “A full-time, minimum wage job will not keep a mama and her baby out of poverty and that is why I am in this fight,” Warren said.

7:20 San Diego Assemblyperson Lorena Gonzalez endorsed Warren and presented her to the crowd.

The Elizabeth Warren town hall is being held at Waterfront Park. City Times and Newscene are present to provide live updates from the event.

Monica Pulido of City Times and Jesus Lopez, Shaunda Walker and Susana Serrano of Newscene contributed to this report.