Services in the A building will resume Tuesday. 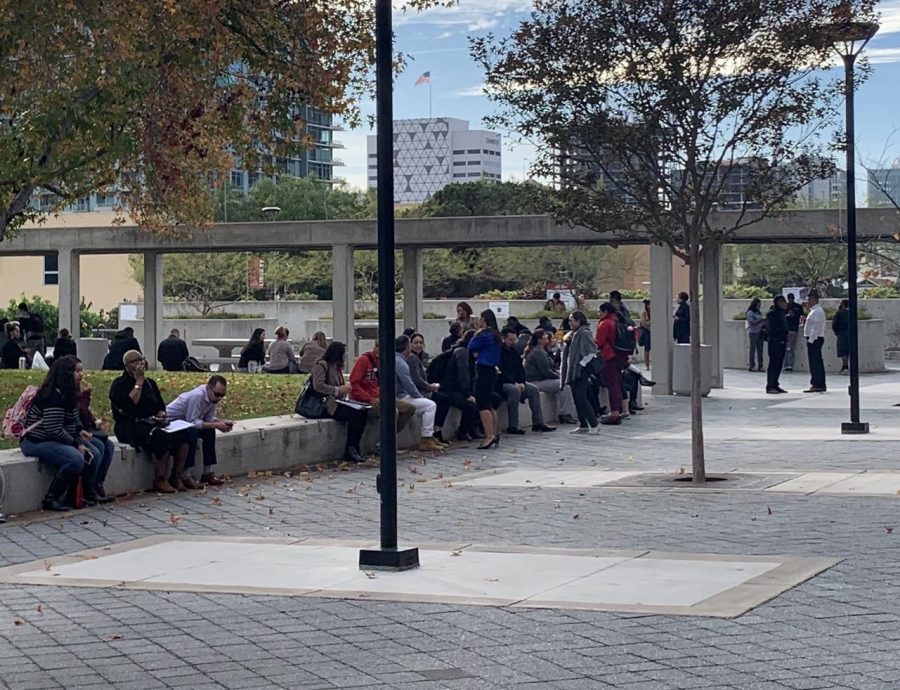 Students and administrators who were evacuated from the A building gathered in Curran Plaza. Photo by Vicky Pineda

A suspicious package reported on the San Diego City College campus lead to a temporary evacuation of the A building while the incident was investigated.

The A building was closed shortly before 1:30 p.m. until it was reported clear by District Officials at 3:17 p.m.

“The building will remain closed but there was no threat,” San Diego City College Public Information Officer Cesar Gumapas said to the media after police activity concluded.

According to Gumapas, the incident started after a suspicious bag was reported to campus police.

The evacuation was initiated after SDPD was notified, according to local media.

Students and faculty were unable to access A building facilities including the student cafe during and after the evacuation.

Despite the possible danger, those who were evacuated remained positive as they waited to regain entry into the building.

“We want to assure you … that this building is going to be secure,” Vice President of Student Affairs Denise Whisenhunt said to a group of evacuees before dismissing the group for the day.

District employees working in the A building offices, including Student Health, Admissions and Records and DSPS were allowed to return home after the evacuation, though some waited to retrieve personal items.

Normal hours in these offices will resume Tuesday.

The evacuation was limited to the A building and classes continued as scheduled.

Vicky Pineda contributed to this report.