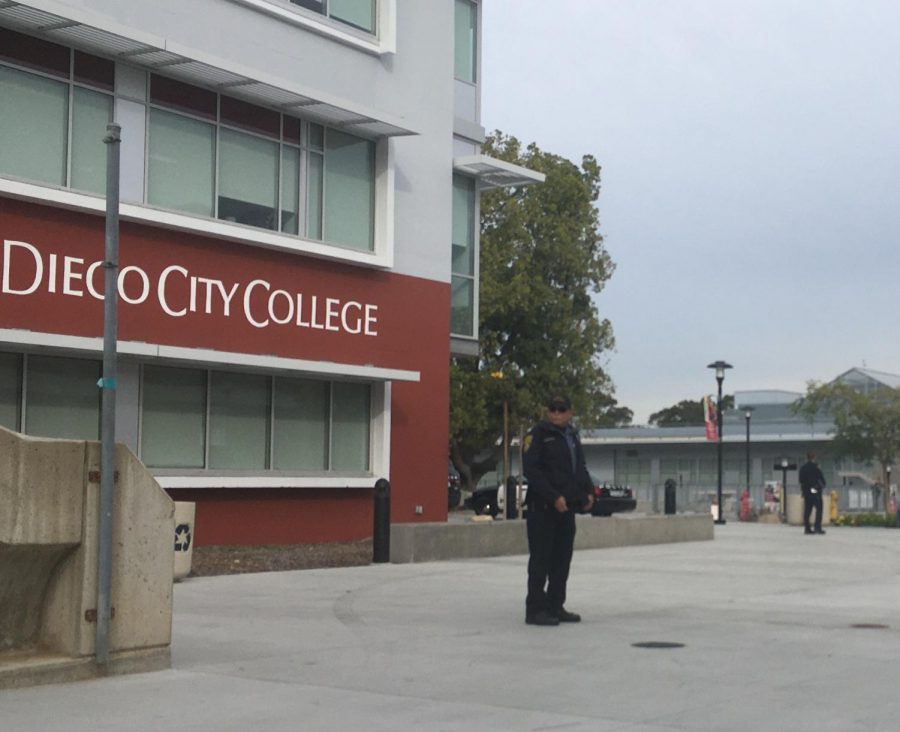 UPDATE: The A building was reported clear by campus officials and will reopen tomorrow. The whole story can be read here.

San Diego Police Department has ordered an evacuation of the A building at San Diego City College after receiving calls about a suspicious package.

A building offices including Admissions and Records, DSPS and Student Health are closed for the day according to City College Vice President of Student Affairs Denise Whisenhunt.

Vicky Pineda contributed to this report.