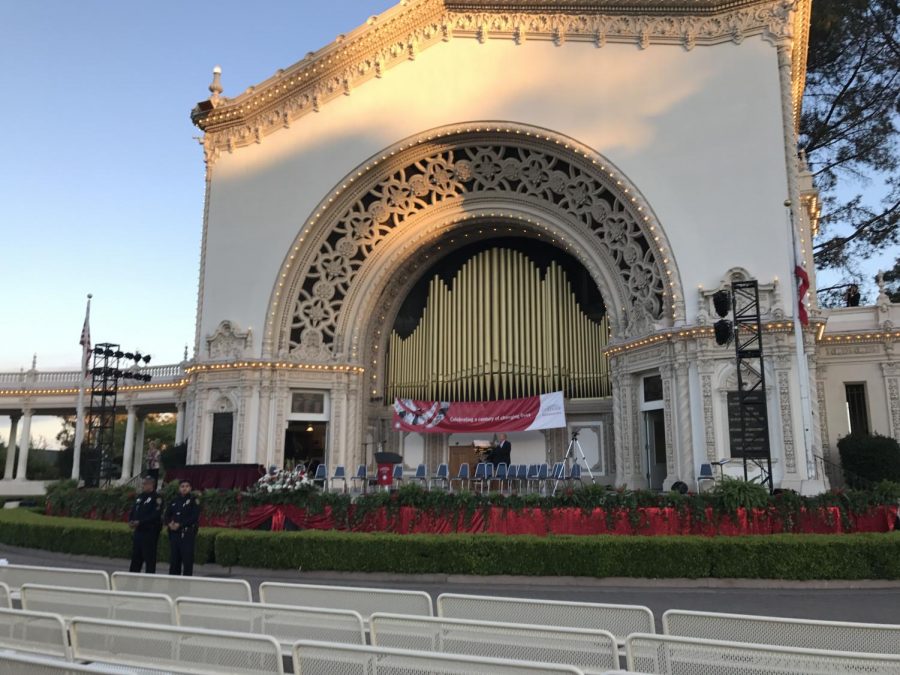 The Organ Pavilion has the ability to hold around 2,500 people.

City College commencement will be returning to Balboa Park this year for its 106th ceremony.

The 2019 event was held at the Convention Center in Downtown San Diego for the first time, as a temporary solution to a proposed construction project at the Plaza de Panama. The project was subsequently canceled, allowing commencement to return to the site this year.

Use of the Convention Center cost the school an estimated $72,000-$75,000, double the cost of Balboa Park, according to reporting by the City Times in May 2019.

Jorge Gonzales, a nursing major, recalled his sister’s graduation at Balboa Park. He would prefer the ceremony to be held there.

“I think it’s better to have (graduation) outdoors rather than indoors,” Gonzalez said. “I know there’s some students that have large families, especially Latino families. They want to bring everybody.”

While having it outdoors may seem more spacious, there is actually less seating available at Balboa Park.

The Convention Center holds about 4,000 people and offers overflow seating. The Organ Pavilion, which is the specific location in the park for the ceremony, holds about 2,500.

At least one student expressed concern about the possible high temperatures of a ceremony date in late May.

“I think it should be at the Convention Center,” said Ricardo Buendia, a kinesiology major who graduated from San Diego High. Buendia attended many events in Balboa Park during high school.

“If you could be in the Convention Center, there is air conditioning,” he said.

The Organ Pavilion is closer to campus. Attendees will be able to park on the City College campus, and either walk or take public transportation. There will also be parking available in the park and across the street at Inspiration Point.

Parking last year was available at the Convention Center for a fee.

For information regarding diplomas, cap and gowns, deadlines and more, visit the City College website, sdcity.edu.