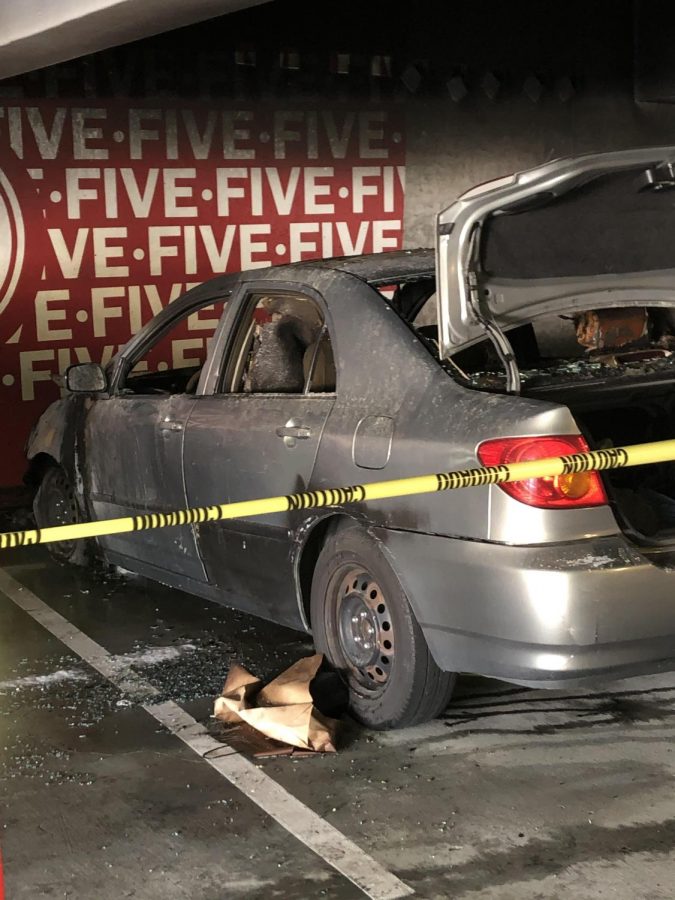 The fire was probably caused by an electrical problem. Photo by Christopher LeFall/City Times

A car caught fire around 9 a.m. in a San Diego City College building parking structure, prompting the evacuation of the V building students and faculty.

Students walking by noticed smoke and called the SDCCD Police, who arrived on site and began evacuating students.

Two of the tires had exploded which caused some panic, along with the smoke, however, there were no injuries reported.

“The car was completely demolished, and we did find the registered owner and she indicated that there were some mechanical, maybe electrical, problems coming into school, and the fire department had the same assessment,” Chief Joseph Ramos said, “so they’ll (probably find it was an) electrical fire.”

The other vehicles that were parked near the fire suffered minor damage in comparison. Ramos said that some nearby cars had “a little blistering on the paint, some melting.”

One student was getting her hair done at the cosmetology department inside the V-building.

“MY HAIR!! My hair is half way done we had to do the other half across the street,” said Heather Wright, a student at City College.

“I’m not leaving, I’m doing her hair, I don’t want to stop. I have a chemical in her hair,” said cosmetology student Natalie Perez.