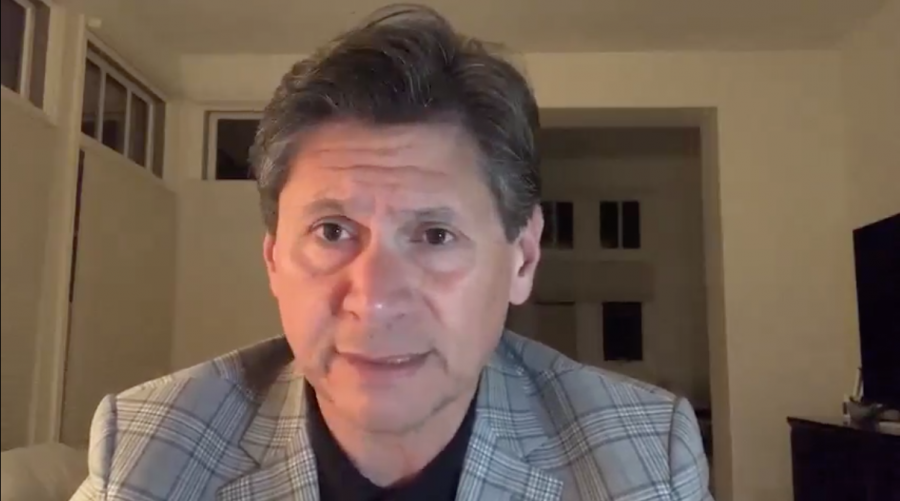 The state community college chancellor, as well as officials from the San Diego Community College District and City College, have shared public statements in solidarity against police brutality and racial injustice against the black community.

“I’ve been sad, I’ve been depressed, but mostly I’ve been angry,” said Oakley in an address that lasted more than 4 minutes and was recorded the evening before. “So rather than trying to write a statement on behalf of the California Community Colleges, yet another statement about a senseless killing in America, another statement about another senseless killing of a black person in America, I’d rather just tell you what’s on my mind.”

He continued, speaking he said directly to black students, faculty, staff and administrators, as well as the community served by the state’s community colleges.

“I’m angry with you, I hurt for you and I stand with you,” he said.

My video statement to the ⁦@CalCommColleges⁩ community regarding the recent maddening events. https://t.co/3WasjPxHvk

The state chancellor’s video, which was originally posted on LinkedIn, was shared on Twitter 12 minutes before San Diego City College President Ricky Shabazz posted a message on his personal profile.

Shabazz tweeted a quote from Martin Luther King Jr., saying, “There comes a time when silence is betrayal.

He added, “No words necessary. The great doctor King has spoken.”

No words necessary. The great doctor King has spoken. pic.twitter.com/8P415tKWhz

The City Times reached out to Shabazz for further comment and is still awaiting a response.

Shabazz was also among the members of the San Diego Community College District chancellor’s cabinet who shared a written message regarding the “recent and continuing events in the nation as well as local communities,” on May 31.

“Like you, we feel pain, sadness, and frustration in the face of the senseless murders of George Floyd in Minneapolis, Ahmaud Arbery in Brunswick, Breonna Taylor in Louisville, Sean Reed in Indianapolis, and Tony McDade in Tallahassee,” said the message that was shared with the City Times by email.

“Like you, we are shocked at the weaponization of race against Christian Cooper in New York City and the acts of intolerance in our own San Diego community, such as the wearing of white supremacist paraphernalia in grocery stores.”

The incident referenced locally happened on May 2 at a Santee Vons. A man wore a Ku Klux Klan hood while shopping for groceries. A day earlier, San Diego County officials ordered people to wear masks in public settings, including in grocery stores.

The SDCCD chancellor’s cabinet also expresses that the nation is divided by racism and inequality that has been compounded by the ongoing pandemic.

The SDCCD Chancellor’s Cabinet would like to share a message of solidarity in these challenging times. https://t.co/DAoTbHZjAC

“The current civil unrest in our country is directly related to the level of systemic oppression of  Black Americans and other marginalized communities,” the statement said.

The chancellor’s cabinet is composed of district chancellor Constance Carroll, the three college presidents including Shabazz, the president of Continuing Education, five vice chancellors, the communications director of the district and the executive assistant to the chancellor.