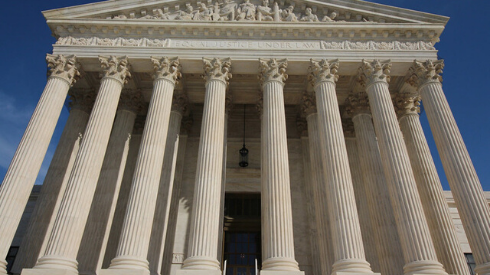 The Supreme Court blocked the Trump administration's attempt to end DACA on June 18 ,2020. Architect of the Capitol photo

After much anxiety and concern, the Supreme Court blocked the attempt by the administration of President Donald Trump to repeal the Deferred Action for Childhood Arrivals (DACA) on July 18.

“Today’s Supreme Court decision offers hope for some of California’s best and brightest students who were brought to this country as children and who contribute to the fabric of our communities and our economy,” State Chancellor Eloy Ortiz Oakley wrote in a media statement.

DACA was first announced in 2012 by the Department of Homeland Security (DHS) under the Obama administration as a relief program that allows a two-year forbearance of the removal of children who came to the U.S. undocumented.

If the relief is granted, the person also becomes eligible to work.

Five years later, then-Attorney General Jeff Sessions advised DHS to revoke DACA under the consideration that it was unlawful. Based on this recommendation, DHS Acting Secretary, Elaine Duke, issued an announcement abolishing the program.

Since then, there has been uncertainty about what was going to happen to DACA, with its more than 600,000 recipients.

On June 18, 2020, the Supreme Court announced that they were blocking the cancellation of the program because of a violation of the Administrative Procedure Act by Duke.

“The termination was challenged by affected individuals and third parties who alleged, among other things, that the Acting Secretary had violated the Administrative Procedure Act (APA) by failing to adequately address important factors bearing on her decision. For the reasons that follow, we conclude that the Acting Secretary did violate the APA, and that the repeal must be vacated,” according to the opinion released by the Supreme Court.

But this decision does not mean that DACA could not be abolished in the future. Rather, it means that this specific attempt to eliminate it will not proceed.

“We will continue to fight for undocumented students and call on Congress to pass permanent protections for these students,” Oakley said in the released statement.

In a letter celebrating the victory, SDCCD Chancellor Constance Carroll wrote, “Although there will no doubt be future challenges, it is heartening to see legal support for the rights of students. The San Diego Community College District, the Board of Trustees, the faculty and staff, and student leaders share the philosophy that all students are important and all students deserve the same support and protections as they pursue their educational goals.

“I am personally encouraged to see our philosophy of equity and inclusion prevail in these two decisions, and I am especially proud that our District played an active role in advocating for our DACA and undocumented students,” Carroll wrote, referring to the district joining the California Community Colleges Chancellor’s Office in suing the U.S. Department of Education.

According to the Migration Policy Institute, California is the state with the biggest number of DACA beneficiaries, with 183,460 recipients. But it estimates that around 395,000 people could be eligible in California alone.

“In the midst of a global pandemic, it is more important than ever that we as educators provide students with the tools they need to help protect our public health and our economic security. Approximately 29,000 DACA recipients are currently working in healthcare throughout the country fighting against COVID-19,” Oakley said.

“We will continue to advocate for and support all of our estimated 70,000 undocumented students and make California community colleges safe and welcoming places of learning.”

City Times wants to hear your voice. We are looking for our community — fellow students, faculty, staff and alumni — to share their perspectives on the recent events. You can send your thoughts in writing by email or share them on social media, including @sdcitytimes and #cityspeaks. You can also leave us a voice recording.