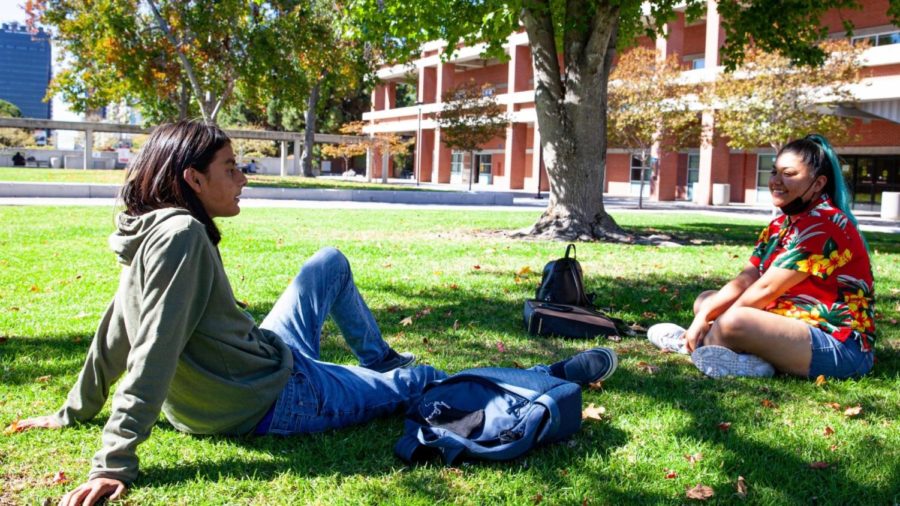 It’s a good start, but not enough.

That is the case made by San Diego Community College District and City College officials about a new law that allows more of the state’s community colleges to develop bachelor’s degrees.

They argued further changes to the structure of the state’s public higher education system are necessary to ensure equitable access to college.

“The fact remains that (with AB-927) the community colleges can only offer bachelor’s degrees in things that the UC’s and the CSU’s don’t offer,” San Diego City College President Ricky Shabazz said in an interview with City Times. “If there’s a capacity and bandwidth challenge at the four-year colleges and universities, then the next logical, no-brainer option is to extend those opportunities to community colleges.”

Even as the UC system admits its largest, and most diverse, class in history, it’s also struggling with impaction. This means there are more applications from qualified students than there are spaces, with admission rates showing it’s now harder than ever to get in.

According to the California State University system website, a variety of specific programs across their system are impacted as well. This includes all undergraduate programs, pre-programs, and programs for undeclared students at 7 of its campuses such as San Diego State University, Cal Poly San Luis Obispo and CSU Long Beach.

“Many of our students, particularly lower-income students and students of color, are place-bound,” he said. “They have obligations to their families, to their friends, to their community, that require them to stay local.”

The desirability of UCSD & SDSU, which Forbes ranked America’s 3rd and 26th best public colleges of 2021, has led to both colleges becoming highly impacted, Cortez added.

“They have limited seats to serve our local student population,” he said. “Creating additional four-year pathways for our students here will allow additional numbers of students to secure bachelor’s degrees.”

Increasing access to California’s public universities for underrepresented groups has long been one of the stated goals of Governor Gavin Newsom. In a speech following the Oct. 6 signing of AB-927, he again touted that commitment.

“Everyone deserves a shot at the ‘California Dream,’” Newsom said. “We’re eliminating equity gaps and increasing opportunities at our universities to make those dreams a reality for more California students.”

Given the higher levels of diversity at community colleges as compared to traditional four-year universities, the path to eliminating equity gaps may run directly through the community college system.

Meanwhile, looking to economize on this gap, for-profit technical institutes have seen a surge of Black, Native American, and Pacific Islander students, and a higher retention rate than community colleges during the pandemic.

Many students have been attracted by this well-marketed model because they are able to begin their career-bound education immediately, as institutes do not abide by school terms and offer generous and easily procured private loans.

This is a concern for the public education system which may not be moving quickly enough to attract, accommodate, and incorporate students of diverse backgrounds with critical needs.

One way to increase access, Cortez said, is to revise the California Master Plan for Higher Education.
“1960 was a long time ago, and there have been many changes. The master plan does need to be revised so that it reflects the needs of the 21st century.” — Former SDCCD Chancellor Constance Carroll
The original CMPHE, which was adopted in 1960, limited community colleges to offering associate degrees and certificates, and allowed CSU’s to offer bachelor’s and master’s degrees, with certain exceptions. As research institutions, UC’s were given the sole ability to offer all other doctorates as well as bachelor’s.

“We still have a huge need for nurses and other (professionals),” Shabazz said. “There’s no reason why San Diego City College couldn’t offer a stand-alone bachelor’s in nursing other than this outdated document from the 60s.”

Former SDCCD Chancellor Constance Carroll agreed that changes to the CMPHE were needed, saying the master plan was originally created when colleges and universities in California were not yet integrated into a system and sought to address the chaotic nature of California higher education at the time.

According to late UC president emeritus Clark Kerr, the CMPHE was created in response to an anticipated population boom already foreseen in the 1950s, which would eventually result in the introduction of over 600,000 prospective students within a single decade.

The plan included a commitment to offering a place in the public university system for, “every high school graduate or person otherwise qualified,” according to Kerr.

In order to be able to fund that lofty goal the legislature supported a process of state-wide planning to help control redundancies, like not wasting money on cross-regional duplication of degrees, and strict spending limits that would ensure only high-quality programs were funded.

Yet as student debt continues to rise and local universities are seeing increasing effects of impaction, the promise of a funded and guaranteed place for all eligible students within the system is becoming strained.

“1960 was a long time ago, and there have been many changes,” Carroll said. “The master plan does need to be revised so that it reflects the needs of the 21st century.”

In July 2020, the Assembly Select Committee on the Master Plan for Higher Education in California, which was convened to consider if further changes to the master plan were required, released a report outlining a number of key findings.

The findings included that the community college to four-year transfer system was confusing and complex, and may limit the number of students who are able to successfully transfer.

It also said the state faces both a capacity shortage at its public universities and a shortage of highly educated workers.

The master plan has seen interventions in the past, such as legislation signed into law in 2005 by former Governor Arnold Schwarzenegger allowing CSU campuses to offer doctorates in education.

Shabazz, who earned his Ed.D. in educational leadership from CSU San Bernardino, made it clear that he himself was a beneficiary of this change, and underlined that further changes like this would be key to providing place-bound students access to higher education.

He said he disagreed with some critics of expanding access to bachelor’s degrees who believe community college education is of inferior quality to an education at a four-year institution.

In the California Legislative Analyst’s Office report on the effects of SB-850 (the law that ushered in trial bachelor’s programs to community colleges), officials wrote they found “no notable issues with the academic quality or rigor of the pilot programs.”

A 2019 report by the Jack Cooke Kent Foundation found lower-income students are nearly three times as likely to begin their education at a two-year institution, and they’re more likely to graduate within six years than both students entering college from high school and students transferring from other four-year institutions.

“This notion that community colleges are lesser-than is a fallacy,” Shabazz said. “And so this outdated document really needs to be — I don’t even want to say it needs to be updated — it needs to be dismantled.

“And this system of elitism amongst the UC, CSU and community colleges need to be dismantled as well.”