Divide us and we’ll conquer. 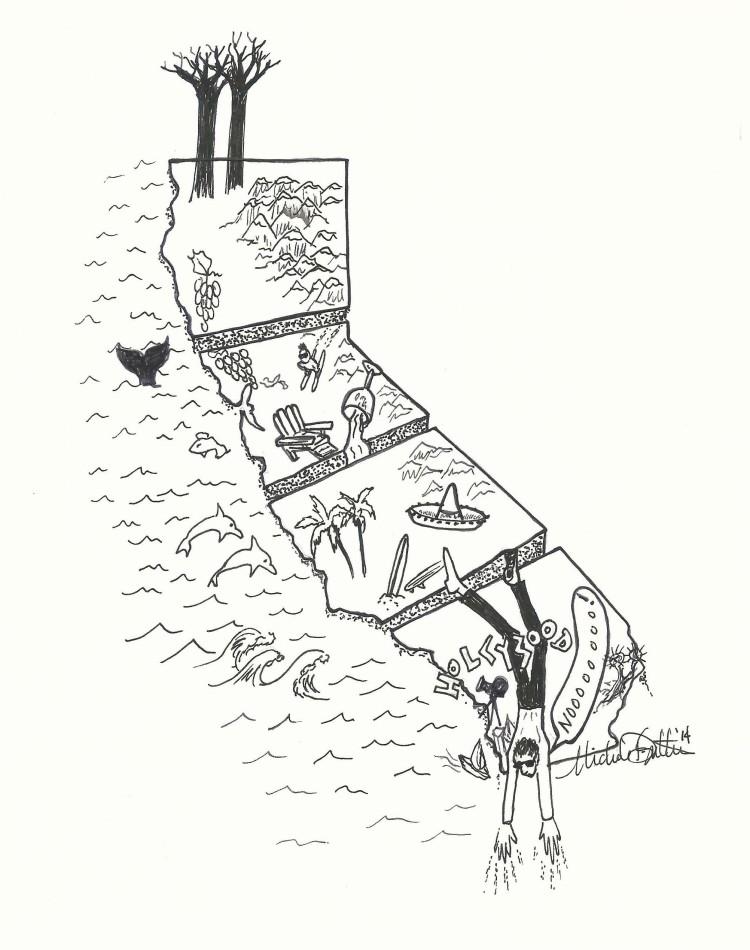 Better start rethinking that California-shaped tattoo you wanted to get over Spring Break. A petition has been launched to split California into six, separate states in hopes to be available for voters this November, and it’s not far-fetched.

Tim Draper is the man behind the bold plan. His vision is to divide by region; Northern California would now be named Jefferson, followed by North California, Silicon Valley, Central California, West California, and South California.

The main issue is that California is not being represented fairly in Washington D.C. It is the nation’s most populated and ethnically diverse state. Does it make sense to have only two senators representing such a large, assorted citizenry?

Think of it like this, Wyoming’s population is about 600,000 whereas California houses almost 40 million, yet both are represented by two senators. Is this equal?

By separating California, the new states will have two new senators properly serving the needs of their region; affording the people equitable representation in Congress.

It would save money and bring power to the people in one fell swoop.

Granted, Silicon Valley would come out of the deal nicely. They would instantly become the nation’s wealthiest state, but the rest of the Californias would still have plenty of great commerce and natural resources as well.

I agree with Draper to split up the present state debt, provided it is divided up according to population as he has suggested, but most importantly, by ability to pay. Draper’s plan is great if he puts his money where his mouth is and Silicon Valley shoulders the majority of the debt. This way new states can more easily afford constructing their governments.

This split will certainly not happen overnight. In fact, Draper needs to gather over 800,000 signatures for his proposal by July in order to be on the ballot in November.

There are going to be growing pains, without a doubt, but bringing more power to the people is so important that we need to be determined to work through them.

The new states will have to spend time and money creating new municipalities and other infrastructure. But the new governments will more directly serve and represent the people of each region.

“Decisions can be more relevant to the population,” Draper said to TechCrunch magazine. “The regulations in one new state are not appropriate for another.”

Admittedly, this process will be expensive and take years to finalize, but giving people a stronger voice is a step in the right direction.

The system is broken. Californians need a fresh start.