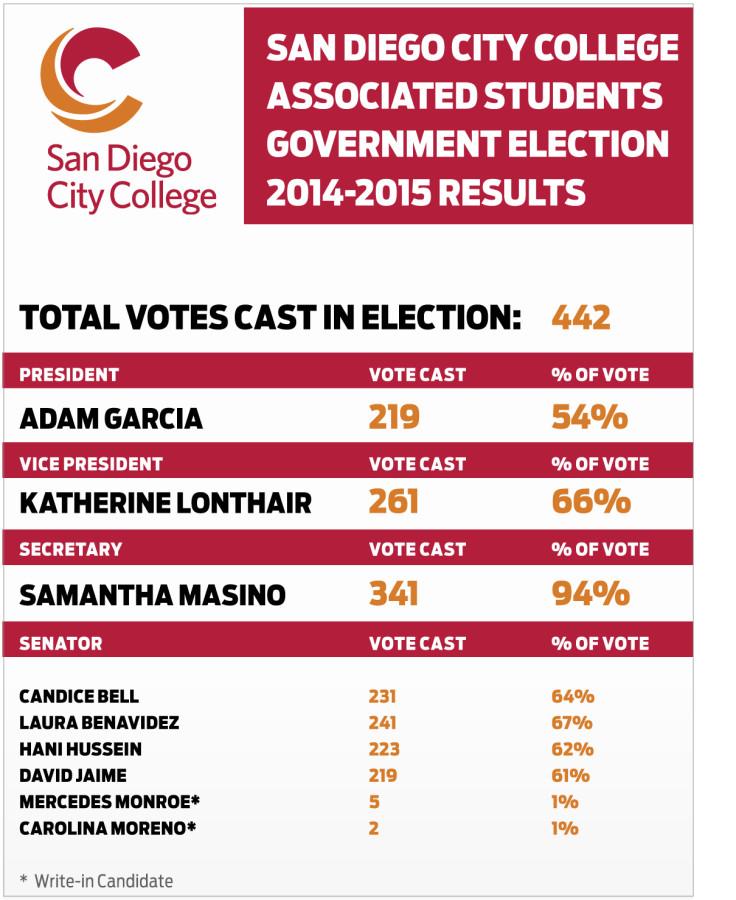 No government can be viewed as legitimate with only two percent of their constituents participating in the election – and I would hardly call winning the student government presidency with 219 votes out of 18,000 students – an achievement of popular sovereignty.

In order for the institution of student government to regain any momentum, voter turnout must improve, and unfortunately, the color code to this Rubix cube lies first in answering the question:

Who is to blame?

To be sure, some blame falls on the candidates themselves. There were, by my count, ten viable candidates on the latest Associated Students Government (ASG) ballot spread across the offices of president, vice president, secretary and senator.

The quick math here is that candidates could be credited, on average, for bringing about 45 people each to the polls. In a school as populated as City College, most people interact with far more than that on a daily basis.

If somebody can’t galvanize more than 50 people to come out to vote for them, to represent his or her best interests, that candidate has not earned a spot in student government.

In reality, the three presidential and two vice president candidates most likely pulled the couple hundred collectively and the senators simply walked in unopposed. But even that looks odd, because the four (non-write in) senators all garnished between 219 and 241 votes, averaging 63.5 percent.

So the other 200 or so people that cast a ballot just skipped voting for their student senators?

In that time, I’ve witnessed empty election forums, illegal voting sanctions that resulted in nullified results of a race, the original winner of that position re-running unopposed – and the maximum turnout to any of these exhibitions at 611 votes.

This term might be desirable in art, but in politics, it’s the death nail.

Access to candidates must improve. Holding two election forums a couple days before the vote doesn’t cut it. Ironically, the election period was extended to two weeks this time and turnout went down.

This is the 21st century. If the school’s administration truly championed the efficacy of the ASG, there would be a stronger online effort to introduce the candidates to the student body.

Social media is a magic bullet for information dissemination these days and there was not one single promotional post by the admins of the official City College Facebook page. The election forums and times weren’t even announced.

Student Services’ big accomplishment over the last year was enacting an online voting portal, and that did result in 90 percent electronic votes cast last month. To promote this feature and the election, they sent out two emails, one a week in advance and one the morning polls opened.

These emails could be described as sterile, and there were no candidate profiles included or to be found anywhere online. Would it kill someone to decide on a fair format to produce a picture, bio and stump speech (on a word count) from each candidate?

I fully realize that it’s not the task of city, state or federal governments to provide campaign opportunities to candidates, but when the candidates are unfunded, non-partisan college students, exceptions should be made.

Regarding that “unfunded” part, the campaigning process is entirely funded by the candidates themself. So students that have kids eating ramen for dinner will likely come up short in supplies for posters, handouts, etc.

It’s also a major issue that some students don’t know or understand what the ASG even does. To combat this, current members designed their own website: www.sdcityasg.com. The site functions well and is moderately informative.

The site launched at the end of February – and even though www.sdcity.edu is updated about as frequently as it downpours here – there is still no hyperlink for it in the ASG section. No email from Student Services about it either.

However the reasons for this failure are unclear. Voices in the administration, and specifically Student Affairs, claim ease in change and blame ineffective student officials. Members of ASG cite a lengthy, bureaucratic process to affect change.

At the end of the day, how hard is for the two parties to form an alliance in support of a fledgling government?

Even though all involved parties talk a good talk, the conclusion here is that student voters are unengaged in an unsupported and under-promoted student government. Until that changes, two percent turnout should be expected to continue.

For more perspective on the function of ASG, please read: https://www.sdcitytimes.com/opinion/2014/05/20/associated-students-not-quite-a-government/