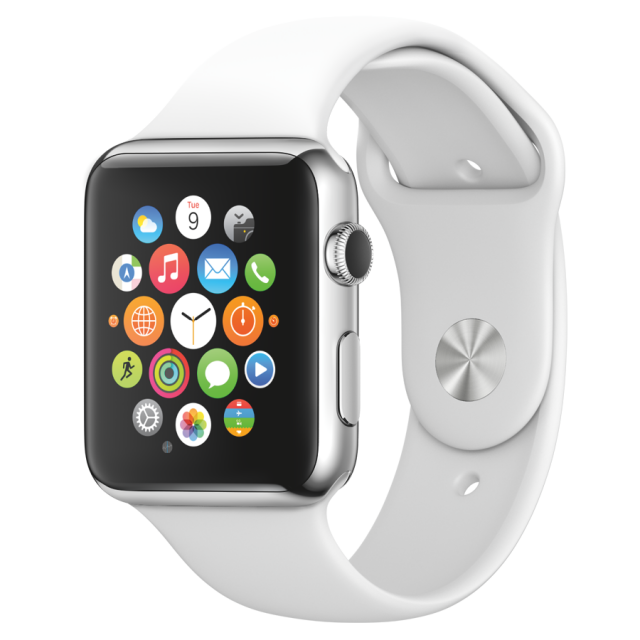 Earlier this month, Apple announced the near-soon release of their take on the modern smart watch: the Apple Watch series, consisting of Sport Watch, Watch, and Watch Edition. So far, the expected release date is April 24.

Unsurprisingly, this new smart watch battle in the digital consumerism realm that’s about to unfold strikes bold similarities to the significant Apple-versus the-rest-of-the-market battles that have taken place over the past decade so far: the iPod versus Mp3 players, iMac and MacBook versus PC and laptops, and so on.

One major question that fence-leaning consumers are bringing up is whether or not the Watch is only sync-compatible with other Apple devices and therefore more of an Apple-only customer’s dream product.

With Wi‑Fi and Bluetooth 4.0, that concern might not be valid, which would make the Watch somewhat appealing to those with other brands and models of smart phones and computers frequenting the market right now, with the exception of a few Mac-only features such as FaceTime.

Aside from that concern, while many smart watches on the market currently can give you some or almost equal amounts of features for a much more reasonable price tag, Apple yet again pushes forward the shiny and sleek imagery of minimalist functionality and fluid ease of management that bring a sparkle to the eyes of Apple product consumers.

Before even getting into the gadget’s specifics and features at the live announcement, Apple CEO Tim Cook gives enthusiastic Apple consumers a strong fashion-and-lifestyle-based ethos appeal.

But what about other options frequenting the market this past year that already brought said revolutionary features to the table before Apple?

The cost of an Apple Watch on the Apple Store online widely ranges from a minimum of $349 to a maximum of $17,000 depending on model and material.

For the section of the smart-watch consumer population looking for a basically efficient model like the Watch Sport, other smart watches on the market costing more or less than half as much as the cheapest Watch Sport may prove to be more appealable to the average consumer’s wallet.

Some budget options for consumers include the $95 Pebble Smart Watch, which syncs with select Apple and Android devices for text notifications and apps, the $78 Soleus Go Fitness Band for those only seeking heath and fitness features, or the $200 Microsoft Band Smart Watch that combines features of the Pebble and Soleus and syncs with almost all current major phones released in the past year, plus Bluetooth LE and Wi-Fi.

Perhaps the Apple Watch could be the more functional all-in-one option for at least for the all-Mac uniform those with more money to spend. However, it’s obviously not the only deal breaker for those less obsessed with the brand labeling war and willing to weigh costs and benefits versus what they’ll need from a smart watch.

Therefore, unless a watch shopper is worried about a non-Mac watch having problems syncing with their MacBook and iPhone, it’s strongly recommended that they window shop around the many other outlets and brands’ options before possibly spending more money on Apple-fluff than necessary.

Once the Apple Watch is released, it will be up to consumers to decide whether to follow fashionable standards of the sleek Apple lifestyle uniform, or to keep the diversity and option range of the smart-watch market alive and loudly visible.